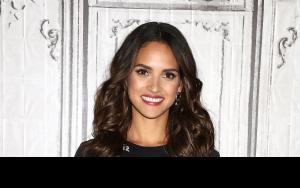 Adria Arjona is known as a Guatemalan and Puerto Rican actress. She is most famous for her roles as Emily in the HBO hit crime television series, True Detective and as Dani Silva in two episodes of the CBS television crime investigation series Person of Interest. Her fans also know her for voicing "Ramirez" in the popular videogame Fortnite.

Adria Arjona Torres was born on April 25, 1992 in the islands of Puerto Rico. Her family ended up moving to Mexico City to raise her. As a young girl, she got used to airplanes and distant countries. Falling asleep in Guatemala and waking up in Argentina was not unusual for the little girl.

Adria is the daughter of a Puerto Rican mother, Leslie, and a Guatemalan father, Ricardo Arjona. Her father was a renowned singer-songwriter in Latin America. He would take her along on his music tours, allowing her to consume art, music and a bohemian lifestyle.

At the age of twelve, she moved to Miami and lived there until she was eighteen. She decided to take plunge and made the risky decision to move to New York City on her own so that she could pursue a career in acting. She took on the task of studying to become an actor at The Lee Strasberg Theatre and Film Institute,

FAQ: How old is Adria Arjona?