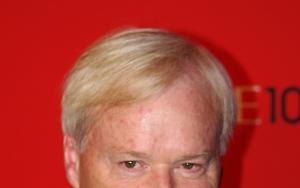 Chris Matthews is known as an American journalist, political pundit, and author. He is most famous for hosting Hardball with Chris Matthews.

Christopher John Matthews was born on December 17, 1945 in Philadelphia, Pennsylvania. He is a Roman Catholic and of British and Irish descent. His mother was Mary Teresa Shields and his father was Herb Matthews, a court reporter. He has a brother named Jim Matthews who is a former county commissioner in Montgomery County, Pennsylvania.

In 1967, Chris graduated from the College of Holy Cross located in Worcester, Massachusetts. He later studied at the University of North Carolina located in Chapel Hill and graduated in economics. He served as an advisor for trade development in the United States Peace Corps based in Swaziland from 1968 until 1970. He was also a visiting fellow at the Institute of Politics at Harvard University. He holds 34 honorary degrees from various academic institutions including Fordham University, Washington University, and Howard University.

Chris Matthews married Kathleen Matthews in 1980. She was an anchor at WJLA-T, which is an ABC affiliate located in Washington, D.C. She later became the executive vice president at J.W. Marriott. They have three children named Michael, Thomas, and Caroline.

In 2002, Chris Matthews spent time in the hospital to be treated for Malaria. It has been speculated that he contracted the disease during one of his many visits to Africa earlier that year. He has also had pneumonia and acknowledged publically during a broadcast of Hardball in 2009 that he also suffers from diabetes.

Chris Matthews served as a police officer at the United States Capitol Police in Washington, D.C. He was later made part of the staff of four Democratic congress members including Edmund Muskie and Frank Moss. He launched an unsuccessful campaign for the 4th congressional district seat in the House of Representatives in 1974. He was also a speechwriter for President Carter and later spent 6 years as Chief of Staff to Tip O’Neill, the Speaker of the House of Representatives. He was involved in many political activities with the Regan Administration.

Although he is firmly rooted in the Democratic party, he considers himself to be pretty conservative and even admits to voting for George W. Bush in 2000. There have been accusations that he supports Republicans and screens his guests for right-wing tendencies. He briefly considered running for United States Senate representing Pennsylvania in 2008, according to The Colbert Report. Chris Matthews went on the record in 2009 stating that he had to decide between continuing to be a journalist or pursuing a career in politics.

FAQ: How old is Chris Matthews?