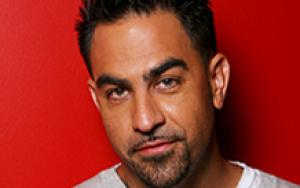 Chris Nunez is a Cuban American tattoo artist and reality TV personality. He is most famous for being the star of TLC'S reality hit series, MIAMI INK.

Chris Nunez was born and raised in Miami, Florida. Nunez began his career as a tattoo artist at the age of 18 and has perfected his talents ever since. He decided to take a short planned visit to Brazil when he was 21. Little did he know, he'd stay there for the next four years of his life. Living in Brazil, Chris started his tattoo parlor. He then traveled to Europe, where he explored several countries and cultures for the next three years, working as a tattoo artist the entire time. These experiences helped Nunez develop artistically and emotionally, for which his family, friends, and clients are grateful.

Nunez then felt it was time to return to the United States. Before returning to Miami, he traveled briefly throughout the country, visiting tattoo parlors wherever he went. Eventually, his travels led him back to his hometown of Miami. There, he hooked up with his longtime friend, Ami. The two of them collaborated to open up a tattoo parlor, which they named MIAMI INK. One day, a television producer came to the shop for some new 'body art.' Immediately recognizing the potential for human interest, he worked with Nunez and Ami to shoot a television pilot.

Each week, Chris Nunez's reality TV program, MIAMI INK, takes its audience into the world of Miami Beach's busiest tattoo parlor, where the artists and their clients are as colorful as the ink from which their tattoos are born. MIAMI INK is popular with audiences of all ages, ethnicities, genders, and economic backgrounds.

When production is not filming new episodes, the artists still invite the public to visit the shop. Many of the customers who visit the shop seek for Nunez to do their tattoos.

Chris became an apprentice in 1990 under Lou Sciberras. Initially, Chris was a graffiti writer. He walked into art school, walked out of art school, and into Tattoos by Lou in his hometown of Miami, "When I met Lou, I showed him some of my sketches, and he said, 'Hey, why don't you come back tomorrow, kid?' Ami [James] started a week after me, and Emerson [Forth] also was there the same week, so three of us who are still tattooing today all started our apprenticeships simultaneously. Lou loved Emerson and Ami, and I was just there to pick up—just really be the bitch of the shop," he said in an interview for Inked magazine.

"My apprenticeship was running the shop from top to bottom," Chris added. "Before I even got to do a tattoo, I spent months making needles, building click chords from nickel and a paper clip, cleaning tubes, making stencils, taking payments, and selling tattoos." And of the actual "bitch work," Chris said that, "They were getting coffee, washing cars and picking updates—all for Lou, none for myself. But at the end of every night, I got to be the 18-year-old kid who got to go to the coolest spots in the city and hang out with every club owner and hot models. That was life."

Chris was also a judge on the Spike TV network's reality TV competition, "Ink Master," in which tattoo artists compete in challenges assessing their tattoo and related artistic skills.

Nunez spends the free time developing ideas for a new bar lounge in which he is an investor. This social venue plays a significant role in future episodes of MIAMI INK. The platform allows Nunez to show off his fondness for Miami's nightlife and its beautiful women.

Quick Facts
Help us Edit this article and get a chance to win a $50 Amazon Gift card.
Last Modified: May 31 2021
You may also like
articles you may like