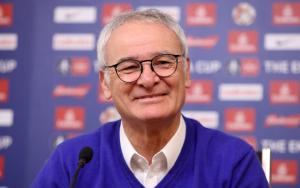 Claudio Ranieri was born on October 20, 1951 in the town of San Saba located in Italy. He started his playing career as an Italian football player but most of his popularity came from his time as the manager of football club Leicester City. He was also the coach of popular and famous clubs Chelsea, Juventus and Roma. Those strong teams show how talented Claudio was a coach. Football is extremely popular in major parts of Europe. If a player or coach does not perform well, they will get released or traded from the team without much leeway. Claudio was respected enough by high profile teams that he never found himself out of a job for a lengthy period of time. The owners of top clubs trusted him to lead their teams to victory.

Claudio spent most of the early days of his life in the town of Formello. Like many young boys growing up in Italy, Claudio’s focus quickly shifted to football. Italy has always been a top country when it comes to producing excellent football players. The country regular qualifies for the World Cup which is limited to only a selected number of teams. They have even won the whole World Cup tournament, a feat that not many countries can claim. It was natural for Claudio to fall in love with the sport that was beloved by his country.

Claudio started his football career by playing for the football club, Roma. After his stint with Roma, he played for a club called Siracusa. In 1974, he decided to leave Siracusa and join the club called Cantazaro. His time with Cantazaro would be his first long tenure as he played for them for eight years before departing in 1982. Those eight years were very valuable to Claudio on two fronts. The first benefit was gaining experience as a player and teammate. He was able to learn the tendencies of his teammates which led to greater team chemistry on and off the field. Another benefit of the long tenure was being able to observe the operations of a football club. Claudio was able to analyze how the top player was treated in comparison to the lower level players. Claudio was able to see how the general manager dealt with finances and transactions. Everything Claudio learned during those eight years with Cantazaro would come in handy when he transitioned from being a football player to a football coach.

Cantazaro loved having Claudio as a member of their club because he was considered to be an excellent player among his peers. There wasn’t a bitter divorce when he left the team, it was just time for Claudio to move on. Claudio joined Catania after leaving Cantazaro. He only had a short stint there compared to his previous time with Cantazaro. After two years, Claudio moved again to another club. He linked up with the club, Palermo in 1984. His time with them only lasted two years, ending with his retirement as a player in 1986. After a decade of playing football, Claudio decided it was time to retire from the field. He may have not earned any top individual accolades but he was fulfilled enough as a player to walk away from the sport.

Claudio’s absence from the sport of football did not last long. Although he no longer was competing as a player, Claudio still had an itch for the sport he loved. He decided to become the manager of the club, Campania Puteolana in 1987. His first coaching job did not last long as he left after only one year. He went on to manage another club called Cagliari in 1988. His time with his second team was marked with success. He started to get recognized for his coaching abilities. His tactics and coaching strategies helped his club win many games. He enjoyed three good years with Cagliari before leaving for Napoli in 1991. His tenure with his third team was uneventful. After not being able to lead the club to success, Claudio was fired in 1993.

FAQ: How old is Claudio Ranieri ?

Quick Facts
Help us Edit this article and get a chance to win a $50 Amazon Gift card.
Last Modified: Apr 15 2020
You may also like
articles you may like