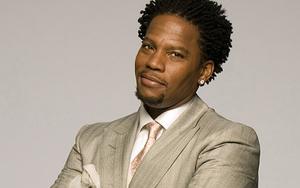 Born to Audrey and Charles Hughley on March 6, 1963, in Los Angeles, Darryl’s teenage was nothing like a parent would like to be. Charles worked as a maintenance worker for the Delta Air Lines, he wanted his children to do fairly well in life, but to his disappointment his second of the four children, Darryl was involved with the gang Blood, for which he was expelled from High School. Later Darryl left the gang life when one of his cousins was shot and somehow went on to secure an employment with the Los Angeles Times.

It was during his time a girl named Ladonna, pursued him to try career in comedy. After few years of struggling, he was selected by BET in the year 1992, for being the first host of the stand-up comedy show, ‘Comic View,’ which brought him recognition in the entertainment industry. He left the show in the year 1993, only to write and create his own genre of comedy. In the year 1998 he came up with the self-produced comedy series, ‘The Hughleys’. Darryl continued the show till 2002, and took rest, spent leisure time with family and also worked on a side project till 2005. In 2005, he got a surprise pack album of his stand-up comedies and comic songs for his fans ‘D.L. Hughley: Notes From The GED Section’ and a few episode of Weekends at the D.L. on Comedy Central. Darryl is a notable comedian and has joined the club the original Kings of Comedy. His other lead role on the television was on the show Studio 60 on the Sunset.  Apart from these, he has also done guest roles in a few shows namely, The Fresh Prince of Bel-Air(1993), Scrubs(2003), Hawaii Five-0(2010), Who wants to Be a Millionaire(2011). D.L. Hughley’s comedy style is a hit among the audiences and he has played as himself in many shows.

In the year 2008, CNN caught hold of Hughley and announced a comic news show with him. The show was named as D.L. Hughley breaks the newswhich deals with news in politics, entertainment, pop, sports from around the world. Darryl has also embraced the Radio with his classic, comic anchoring skills. Two of the major radio shows include ‘The D.L. Hughley Morning Show(2009)’ on WRKS and ‘The D.L. Hughley show (2013)’ on Cumulus Media Networks.

The name Hughley is a comic brand in itself, and this man has also lent his voice to a few movies and have had small roles in some.

However, Darryl is an absolute family man at heart, this is evident from the fact that he left his job with CNN only to be with his family in Los Angeles. His small family consists of his wife Ladonna; his inspiration and supporter from his struggling days and his three children. Hughley has come a long way in his life and has shaped his life in such a way that his estimated net worth amounts to 5 million USD.