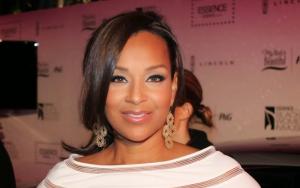 LisaRaye McCoy, commonly known as LisaRaye was born on the 23rd day of September in the year 1966 in Chicago, Illinois state of the United States of America. Her parents are David Ray McCoy, a renowned Chicago businessman, and her mother was a former professional model, Katie McCoy. She died of cancer in 2012.  LisaRaye is an American actress, fashion designer, hip hop model as well as a businesswoman. Interestingly, Da Brat, a prominent hip hop artist and LisaRaye are siblings. She is his older half-sister. She is a blend of African American and Native American descent.

LisaRaye is a beauty with brains TV queen. She went to school in Thornridge High school, and later on joined Kenwood Academy. After successfully completing her high school education, LisaRaye did not stop at that. She joined the Eastern Illinois University in Chicago. After her completion in the college, she started to pursue her career in acting, which she believed was her passion.

This part of LisaRaye’s biography is like the yummy cream on the cake. Miss McCoy started her career as a model. This could have been influenced by her model mum, but she did get her independent attention as a model. She used to participate in fashion shows held in churches and high schools in Chicago.

As an actress, LisaRaye went through quite a bumpy road to make her talent recognized and her name known. She appeared in Reasons as the lead role, which film was directed by Monty Ross. Most of us know her from the comedy Single Ladies, in which she starred as Keisha Greene, a troubled wife to a silent gangster drug dealer husband. LisaRaye also starred in the famous The Players Club as Diamond, which movie was written and directed by the hip hop icon Ice Cube.

Her filmography list is too long but just to mention but a few, LisaRaye acted in The Wood, All About You, Go for Broke,   Rhapsody among many other films. One of her famous films is All of Us, which was released in the year 2003 in which she played as the ex-wife of Duane Martins.

McCoy is not just an actress, she has an undoubted sense of fashion, and that could be attributed to her being a fashion designer. In 2005, she launched two fashion lines specifically for women. One is a lingerie line called Luxe & Romance, which was introduced during New York’s Fashion Week in that year, and the other one is a jeans line called Xraye. Both lines are doing well at sales. Again in 2011, she launched the "The LisaRaye Collection" jean collection in partnership with PZI Jeans. In the same year, she also launched a hair line, "LisaRaye Glamour." 2011 seems to have been one of her best years as she also became the Ambassador/Grand Marshal for the 70th Magic City Classic parade. In addition to that, she was also an ambassador for a football game in Birmingham, Alabama.

LisaRaye has also appeared in a pretty huge number of music videos released by renowned artists such as Sisqo’s ‘Incomplete’, Ludacris “Number 1 Spot” and Ice Cube’s ‘Roll Call’ among many others. In fact, McCoy is such a lover of music that she even recorded her single song, "Would You?" in collaboration with rapper Benzino.

LisaRaye is on the public spotlight and so is her life which is an inseparable part of her. She has a lovely daughter named Kai Morae Pace, who was born in 1989 when she was 23 years old. The dad to the girl Kenji Pace was her boyfriend but they never got married. In 1992, LisaRaye married Tony Martin but they divorced only two years down the line.

In April 2006, LisaRaye got married to the then Premier of the Turks and Caicos Islands, Michael Misick, making her the first lady of the Island.

Their wedding ceremony was breathtaking, with prominent guests from all around the world. Their honeymoon lasted for a whole three weeks, and they explored the beauty of Jerusalem, Bali and Dubai. Unfortunately, it did not work for them and they divorced in 2008. LisaRaye claimed that he was having affairs with other women, but she also expressly stated that she loved him but was never in love with him. He resigned as the premier in 2009 for clear corruption allegations.

This sexy beauty is having a good life. Her net worth is approximately 10 million dollars and still growing.

Well, LisaRaye is definitely one of the beauties in movies that you can watch her series of films in a day non-stop and without any boredom hitting on you. Her drama, class and ego make her stand out in all her roles. Not to mention her sexiness. She remarkably confident and hardworking and never gives up on her dreams. She loves wearing white outfits, which people allege is her trade mark. To keep up with her, follow her on social media.

FAQ: How old is LisaRaye McCoy?

FAQ: What is LisaRaye McCoy networth in 2020?