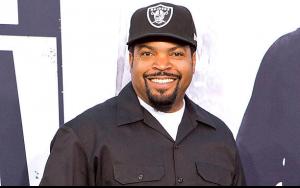 Ice Cube as famously known was born on 15th June 1969 in South Central Los Angeles. He is African-American. His mother, Doris Benjamin, was a custodian and a hospital clerk while his father, Hosea Jackson, was a groundskeeper. His birth name is O'Shea Jackson, Sr. He has an elder brother and a half-sister, who got murdered when he was only 12 years old. Teren Delvon Jones, a rapper, commonly called Del tha Funkee Homosapien is his cousin. Ice Cube is a hip hop gangster rapper, actor, filmmaker, record producer, director and many other things. O’Shea legally changed his name to Ice Cube.

Ice Cube went to George Washington Preparatory High School in Los Angeles. He graduated at William Howard Taft High School in Woodland Hills, California. He finished his schooling successfully and then joined the Phoenix Institute of Technology towards the end of the year 1987, where he undertook architectural drafting studies.

Ice Cube developed interest in music, particularly hip hop rap, when he was in his early teen years. He started writing rap scripts while attending High School, usually during his keyboard classes.

Later on, Ice and his friend Sir Jinx formed a group called the C.I.A. They would do performances at parties in their neighborhood and those that were hoseted by the renowned Dr. Dre. When Dre entered the World Class Wreckin’ Cru he noted that Ice has a lot of potential and as a song writer and so he did not hesitate to nominate him to assist in writing the groups "Cabbage Patch", which became a big hit. Dre also joined Cube on the Stereo Crew as a partner. In 1986, the Crew released a song called “She’s a Skag” on Epic Records. The song also became a big hit.

Ice Cube used to rap over Dr. Dre's hits in a club he used to Dj in, and even became a critique of his songs and parodied some like the rap My Penis  to parody Dre’s  My Adidas. The club owner however found it gross as damaging his reputation and he asked Ice never to sing it again in his club.

As a record producer, Ice released Dr. Dre’s single song called My Posse in 1987 under his C.I.A group (Cru' In Action!). The song was later recorded and it became renown everywhere. By that time, Ice had joined the Niggaz With Attitude (N.W.A) crew as well, and he got to work closely with Dre and other established artists. Ice also wrote Dr. Dre's and Eazy-E's rhymes for the album “Straight Outta Compton”, which was released in 1988 and it became a landmark album.

In 1989, Ice had a disagreement with the manager, Jerry Heller, of the group, who allegedly wanted him to accept terms of a contract without contesting a thing, and so Ice decided to call it a quit.

After leaving the group, Ice started his solo career and released his first album AmeriKKa’s Most Wanted, which got released in 1990. The song instantly became a hit and everyone was talking of Ice Cube. Given that Ice does political and social-political, he was charged with controversy and accused of racism among other things. Despite the challenges, Ice released EP, Kill At Will which even became the first hip hop to go on Platinum.

In 1991, he released his second album named Death Certificate, which was considered focused, controversial, racist among other vices. In 1992, Cube got a wider fan base from his hit song Lollapalooza. In November 1992, he released the Predator which was ranked first in the pop and R&B charts, becoming the first album to do so in history. The list of his music albums is so long to be listed in this biography. You can search his discography on the web.

As an actor, Ice has appeared in many movies. Some are Friday after Next, Lottery Ticket, and Trespass among others. He is a good actor and has even gotten nominations. The list of his filmography can be found online.

Despite his aggressiveness and gangster rap music, Ice is a very loving and sentimental person. He is a family man married to his beautiful wife Kimberly Woodruff since 1992. Together they have 4 children, O'Shea Jackson Jr., Shareef Jackson, Kereema Jackson and Darryl Jackson. His net worth is estimated at 100 millon dollars.

Ice got listed as a potential nominee on the 2006 Razzie Award. He also has his own record label named Lench Mob Records, which he manages. On top of that, Ice has a production company, Cube Vision. He is also respected and appreciated for his work and dedication towards mentoring young musicians.

Ice Cube is a big hearted multi talented person. He is always striving to make his dreams come true, and family to him comes first. You can follow him on social media to keep yourself updated on his current whereabouts.

FAQ: How old is Ice Cube?