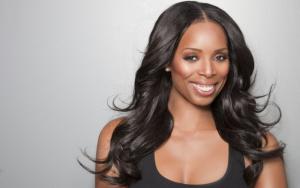 Smith was born on February 28, 1971, in Camden, New Jersey, and was raised by a single mother. Sidra Smith, her identical twin sister, currently resides in Harlem. Smith dropped out of Camden High School her freshman year and relocated to California at the age of 19.

Tasha Smith's film career took an onset in 1994 but did not peak until the late '20s, where she was now termed a "screen queen." She gracefully took a small role in Twin Sisters in 1994 and later progressed to star in Boston Common, a series aired on the NBC TV Station from 1996-1997. Toward the end of 1997, she collaborated with the legendary Tom Arnold in The Tom Show, a short-lived film that still managed to fatten her experience.

In the year 2000, Tasha played a supporting role in The Corner, where she took on the part of a drug addict. As time progressed, she led many guests starring roles on The Parkers, Girlfriends, Without a Trace, and made several supporting roles in different films like the Playas Ball in 2003. Tasha also played supporting roles in The Whole Ten Yards and ATL films in 2004 and 2006, respectively.

Tasha went on to add her face to the big-time filmmaker, actor, producer, writer-director Tyler Perry's movies. If nothing else did, these films gave her a worldwide look. Among Tyler's movies, Tasha Smith has played lead and supporting roles in numerous. Among them are Daddy's Little Girls, in which she played as the main antagonist in 2007. She also played in Tyler Perry's Why Did I Get Married and Why Did I Get Married Too in 2007 and 2010, respectively. Outside of Perr'y's Production, she has been in numerous famous comedy series like For Better or Worse.

This sector of Tasha Smith's biography can go on and on because her filmography is long. She co-starred with Ice Cube in The Longshots family comedy-drama series. She co-starred in Couples Retreat in 2009 and Pastor Brown in 2010, together with Salli Richardson. After landing a spot In 2014, Tasha played in the famous Empire series as Cookie's younger sister. Tasha is also making her way to becoming the next prominent director in the film industry. In 2015, she was one of the directors in Boxed In. She is also venturing into the perfume industry at the moment.

Smith married her one-year lover, Keith Douglas, who was also her manager, in December 2010. Smith went to court in November 2014 to ask for a restraining order against Douglas as she accused him of having affairs with other women in paperwork submitted prior to the court hearing. Tisha Campbell-Martin, Smith's companion, served as a character witness. In March of 2015, the final divorce decree was issued. On the other hand, Smith challenged the divorce, claiming that Douglas withheld facts from her that she should have known prior to the marriage. Douglas, Smith argued, was not the "man of the cloth" he pretended to be during their romance. She also stated that she would not have married Douglas if she had known about his background. Douglas' background was alleged to include five marriages before he married Smith, several children he did not claim or disclose to Smith, and nearly a decade of non-payment of income taxes.

In December 2015, the judge in the case awarded Smith an annulment of the marriage based on Douglas's dishonesty. In a 2014 interview with D.L. Hughley, Tasha Smith said that she was an agnostic throughout most of her adolescence and young adulthood, despite her family's religious faith, because of the "hardships, tragedies, and misery she witnessed her family face during her upbringing." She went to prayer "and asked God to show himself to her and help her unbelief" after discovering that one of her family members had become very ill and she wouldn't be able to visit them in the hospital. She claims to have become fervent, practicing Christian as a result of this, and she credits her Christian faith as one of her motivators for her profession and philanthropy. Smith founded TSAW, an actor's workshop that educates and inspires actors at all phases of their careers, focusing on the African-American community.

FAQ: How old is Tasha Smith?