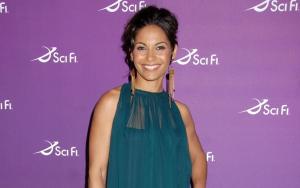 Salli Richardson, an American Entertainer, and actress who is known for starring in several television soap operas and giving her voicing abilities to several animated series. She is particularly well known for giving her voice to the character Elisa Maza on the T.V. series Gargoyles. Also well known for her role on Family Law, where she played the character, Viveca Foster. She has also starred in such films as “Anacondas: The Hunt for the Blood Orchid”, “Antwone Fischer”, “I Am Legend”, and the “The Great White Hype”. Blockbusters aren’t her only foray; she is also well-known for starring in Indie flicks such as “Pastor Brown” and “I Will Follow”.

Born in Richardson-Whitfield, Chicago, she has an Irish-Italian father and an African-American/Native American mother. Her siblings are Josh, Chad, and Nalin. Having been a tennis player for most of her days, she decided to pursue acting at the Kuumba Workshop Theatre. She is an alumnus of the University of Chicago Laboratory Schools.

Having played a theatre, in the beginning, she ended up having small roles in films such as Prelude to a Kiss, Posse, Mo’ Money and then got a substantially better role in films such as A Low Down Dirty Shame. But she had her break when she was cast as the voice of Elisa Maza in Gargoyles. With this, there were now guest roles in New York Undercover, Star Trek, NYPD Blue, Castle, and NCIS.

After having starred opposite Dixie and Kathleen in Family Law, she got more roles in established T.V Series’ and calls from films. Donning the role of Nancy Adams and Laura, in Rude Awakenings and CSI: Miami, respectively, she then went on to appear in Academy Award Winner Denzel Washington in Antwone Fischer, opposite Will Smith in “I Am Legend”, and with Isaiah Washington in “The Sin Seer”.

In the past ten years, she has had various roles in myriad TV Series’, such as Allison Blake in the sci-fi shows Eureka from 2006 to 2012, and after its cancellation, as the lead in the drama that is The Secret Lives of Wives. She had a recurring role playing the first lady of the Unites States in the TV Series, “The Lottery”, although that was later given over to Shelley Conn. Although in the subsequent year she got to star in the ABC Series, “Stitchers”.

Moving towards her personal biography, She had been dating Dondre Whitfield for quite some time before they decided to join in union under God and got married to him on September 8, 2002. They have a daughter named Parker Richardson-Whitfield, and a son who was born on January 24, 2009, called Deandre Terrell Whitfield Jr. She has been part of this late night infomercial aimed at promoting the Zesty Midnight Soul collection that she does with her husband, Dondre.

In a recent interview that she had given, she began to describe her career, in which she reflects by saying that she is someone who is more into working in television rather than in movies and that everything she does is for her children. The actress states that regular exercises and daily workouts are the secret behind her fitness.

FAQ: How old is Salli Richardson?

FAQ: What is Salli Richardson networth in 2020?