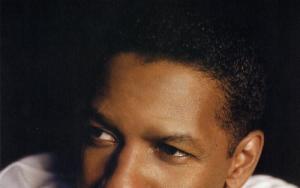 American actor, director and producer Denzel Washington, has become famous not only for his award winning roles but claims of his wandering eye which has led to a close scrutiny of his marriage and sparked talk of divorce. Denzel Hayes Washington Jr. was born on the 28th of December 195 & he made his debut as a professional actor in 1977, shortly after graduating from Fordham University, in the film Wilma’. It was on this set that he was to meet his future wife Pauletta Pearson. After years of dating and two rejected marriage proposals, the couple finally said their ‘I Do’s’ on June 25th 1983. Together, they have four children- John David(29), Katia (27) and twins Olivia and Malcolm (22). The couple renewed their wedding vows in South Africa in 1995 with Archbishop Desmond Tutu officiating.

Their 30 year long marriage has not only outlasted most celebrity couples but has stunned and inspired many ordinary people in a day and age where divorce is a given. Denzel, a devout Christian has stressed time and time again the importance of family in his life, and has playfully summed up the secret to a happy relationship as the ability to “do whatever my wife says, and keep my mouth shut”. The actor who has starred in over 27 films says that distance is not a hindrance to his marriage, but instead the space has helped his marriage. His wife who admits to falling in love with him for his spirit has had to deal with the droves of female admirers who constantly push and run her over, to get a piece of People’s sexiest man alive. Despite his popularity, Denzel does not have a girlfriend.

Despite their idyllic marriage, they have been unable to keep the rumor mills from spelling doom on their union. In 2003 during the set of his movie ‘Out of time’ with actress Sanaa Lathan, rumors began circulating of an affair between the two and even claimed that Ms. Lathan was pregnant with his child. She quickly disputed this claim attributing it to the fact that people translated the love scene she had with Denzel, in reality. Most recently photos of him kissing and sharing a passionate moment with an unidentified blonde woman at a party in Malibu have been sent to various media houses. These photos have fueled talk of an impending breakup, with reports claiming that Pauletta is fed up with her husband’s constant cheating.

Neither of them has pretended to have a perfect understanding with Pauletta admitting that she has seen the good and the bad, ups and the downs while living with Denzel. Regardless of whether Denzel sometimes misuses her love and dedication, he is confident in the stability of their marriage and this is what gives him strength and the ability to achieve success beyond measure. Denzel also admits that love is a marathon rather than a sprint and in a “disposable society” where people tend to give up their spouses without a fight, the true love story is “how you come out in love after hardship”. In the face of all the infidelity speculation Mr. and Mrs. Washington have come out ever stronger and happier, standing as an almost lone symbol of a successful marriage that is not going to end in divorce.

FAQ: How old is Denzel Washington?

FAQ: What is Denzel Washington networth in 2020?