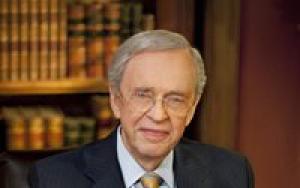 Charles Frazier Stanley, the Founder and President of In Touch Ministries is the First Baptist Church of Atlanta (FBCA). He also served as the President of the Southern Baptist Convention in the mid-80s. Charles Stanley is a New York Times best-selling author and was called into the ministry to preach at 14.

His academic accomplishments include a Bachelor of Arts from the University of Richmond, Virginia, a Bachelor of Divinity from the Southwestern Theological Seminary in Texas, Masters and Doctoral degree in Theology from Luther Rice Seminary, Georgia. His radio and TV shows captioned 'In Touch with Dr. Charles Stanley' are popular worldwide in which he echoes fundamentalist, dispensationalist and evangelical theology. Dr. Stanley's mission is to lead people globally to bond with Jesus Christ while strengthening their local church. He is renowned for his thorough knowledge of the Bible, keen awareness and care for people, and explicitly sharing biblical truth through his pragmatic teachings applicable to daily life.

Charles Frazier Stanley was born on September 25, 1932, in Dry Fork, Pittsylvania County, Virginia. When Stanley was only nine months old, he lost his father and was raised by his mother, Rebecca Stanley. He would go on to grow up in the rural part of Dry Fork County in the fringes of Danville, Virginia. Both Stanley's mother and his religious grandmother instilled in him the desire to obey and trust God's word from a very early age. He became a respectful student of the Bible and devoted himself to the teachings of Christ when he was just 12 years old.

Two years later, he would heed a call to follow God full-time in a Christian ministry at the young age of 14. Stanley attended the University of Richmond, Virginia, where he graduated with a Bachelor of Arts degree. He also went on to obtain a Masters of Divinity degree from the Southwestern Baptist Theological Seminary in Texas, as well as a Masters of Theology and Doctor of Theology degree from Luther Rice Seminary in Georgia.

When he became interested in spreading the word of God at a very young age, a particular book left an impression on him. That book was titled "Think and Grow Rich" by Napoleon Hill. Stanley said of the book, "I applied the principles written in the book and discovered that they actually work." He went on to say how the book inspired him because it made him realize that the truths about God aren't centralized in a particular field or career.

Dr. Charles Stanley married Anna Johnson in 1958 and had two children, Andy and Becky Stanley. The pair were married for 44 years and had a good life together until she filed for divorce on June 22, 1993. Their marriage failed after Stanley has had several relationships outside of his marriage. The pair had separated and returned several times in the year leading up to the divorce. Stanley and Anna eventually decided to amend the lawsuit seeking legal separation and give things one more try.

After several reconciliation attempts failed, the pair once again filed for divorce on March 20, 1995. The Moody Radio Network soon stopped Stanley's daily broadcast in the wake of his marriage troubles. The station manager said that he didn't think the two spouses could ever get back together again. Despite Stanley being legally separated from Anna Johnson, the pair would remain married until 2000. It wasn't until February 16, 2000, that they filed the final divorce papers, and on May 11, the divorce decree was made official by a judge.

Anna Johnson Stanley eventually died on November 10, 2011. At the time of the divorce, Stanley's son and other prominent ministers advised him to step down so he could take some time off and focus on personal repentance and healing. Stanley, however, would do no such thing and continued with the support of the majority of the church, who wanted him to remain the pastor. He decided to keep his position as the senior pastor of First Baptist Church of Atlanta.

FAQ: What is Charles Frazier Stanley networth in 2020?