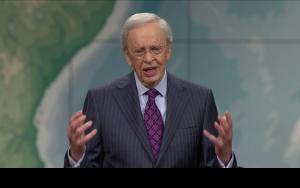 Who is Charles Stanley?

Charles Stanley is known as an American pastor. He is most famous for being the founder and president of In Touch Ministries. He was born on September 25, 1932, in Dry Fork, Pittsylvania County, Virginia. Nine months after his birth, Stanley's father died. He became a born-again Christian at age 12 and by age 14 he began his life's work in Christian ministry.

Stanley attended the University of Richmond where he graduated with a bachelor's degree. He went on to attend Southwestern Baptist Theological Seminary in Fort Worth, Texas where he obtained his Masters of Divinity. He also holds Th.M. and Th.D. degrees in theology from Luther Rice Seminary in Florida.

Stanley and his wife, Anna Johnson got married in 1958. They went on to have two children before divorcing on February 16, 2000, which caused a controversy in the Southern Baptist Convention. The divorce came after several years of separation but the First Baptist Atlanta's bylaws stated that Stanely can remain pastor as long as he doesn't remarry.

While the explanations behind the Stanleys' separation in 2000 were kept hidden, the aftermath wasn't. Their divorce prompted a congregation split and sent waves all through the Southern Baptist Convention, where the minister had recently served two one-year terms as president. The senior Stanley was permitted to hold his situation at FBC, however he has not remarried.

When she left him, Stanley said, “Okay, God, I’ve done what you told me to do. I’ve been obedient to you. Now I’m going to trust you.” He got the call from her lawyer that she was suing him for separation, and he asked him where to send the papers. After Stanley gave him an address and hung up the phone, he looked up the sky and said, "God, you’ve been with me through every circumstance. You’re going to see me through this one.”

Stanley refers to numerous wellsprings of support for helping him through his separation, including the dependability of his companions, the compassion of his congregation members, and his developing consciousness of different ministers who wound up in the same position.

Upon finishing his education, Charles Stanley was hired at the First Baptist Church of Atlanta in 1969. Two years later, he became a senior pastor of the church. Stanley went on to and become the founder and president of In Touch Ministries.

Stanley served two one-year terms as president of the Southern Baptist Convention in 1984 and 1986. Even at the age of 84, Charles Stanley still gets on his knees consistently and lectures each week at First Baptist Church Atlanta, where he's filled in as chief minister since 1971. His age hasn't been able to drive him into retirement. The In Touch Ministries originator and author of the as of distributed Courageous Faith: My Story From a Life of Obedience has gone through decades proclaiming the gospel. He said he won't let age or anything stop him. He has suffered church legislative issues, family strains with his son, Andy Stanley, and even the disappointment of his marriage.

FAQ: How old is Charles Stanley?

FAQ: What is Charles Stanley networth in 2020?