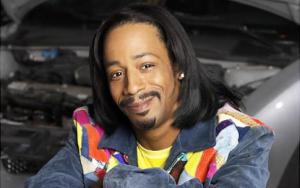 Micah Sierra Williams, popularly known as Katt Williams was born on September 2, 1971 at Cincinnati, Ohio, United States of America.  Katt, was raised at Dayton; he emancipated himself from his parents at a tender age of 13 and moved to Florida. He worked as a street vendor to earn is daily living. His first stint as a stand up comedian came in his teens when he performed impro for a five minute show infront of a crowd gathering. Katt was thrilled with his performance to such an extent that he started performing his comedy shows in clubs nationwide. Katt performed in renowned clubs like The Improv, The Comedy Club, The Icehouse and The Hollywood Park Casino besides others. His notable performance was the one which he made at the BET’s Comic View. Katt starred in the 2006 comedy special, ‘Katt Williams: Live: Let a Playa Play.’

This was his first major appearance on a special television show. Later, in the year 2006, Katt made his second special show on HBO starring in the show, ‘The Pimp Chronicles: Part 1,’ with the comedy piece, ‘This Shit Right Here Nigga, This Shit Right Here Nigga.’ In the year 2007, Katt was offered a movie for a stand up entitled, ‘American Hustle.’ This show was an instant hit and stamped his authority as an established comedian. In the year 2008, Katt did his second show for the HBO named, ‘It’s Pimpin’ Pimpin’.’ Four years later in 2012, Katt did his third with HBO named, ‘Kattapacalypse.’

Aburtly in the year 2013, Katt announced an end of his stand up comedian career only to return in 2014 with a new show with the HBO named, ‘Katt Williams: Priceless: Afterlife,’ directed by Spike Lee.

Katt’s acting career can be dated back to the year 2002 when he debuted in, ‘NYPD Blue.’ He also gained a lot of fame for his acting work in the series, ‘Wild ’n Out,’ wher he appeared for a number of seasons. Katt also played supporting roles in the movies, ‘First Sunday,’ ‘Norbit’ and ‘After Next.’

Katt’s life is full of incidents and legal issues and is a bit tormented by them. Katt’s comedy work was rewarded in the year 2007 when he was nominated for the Teen Choice Awards.

Moving towards his personal life, Katt is the proud father of eight children among them seven adopted and a biological son named Micah from his former marriage. Katt’s hardwork is evident from the fact that his net worth of $ 10 million.

FAQ: How old is Katt Williams?

FAQ: What is Katt Williams networth in 2020?