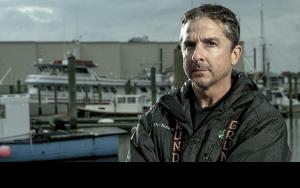 Dave Carraro is an American television personality and a professional fisherman who was born on April 23, 1965, in Tinton Falls, New Jersey. He grew up in Tinton Falls before moving to Middleton, New Jersey where he attended Middletown High School and graduated in 1983. In 1979, he became the first mate of the "Sea Fox" from the Atlantic Highland. He went on to obtain his captain license and holds a USCG 100-ton Masters License.

Carraro has always had a passion for fishing but he also loves to fly. He graduated from Shields Aviation Academy in 1992 and by the age of 26, he had his pilot license. Carraro worked as a captain of an E190 for Jet Blue Airways Corporation. From a young age, Carraro developed his fishing skill which is where his true passion lies. He has over 38 years of experience fishing off the East Coast, the Bahamas, and Mexico with his specialty being Tuna and Cod fishing. Carraro made his television debut in 2012 in the first season of National Geographic's documentary series "Wicked Tuna". His best fishing year was in 2016 when he caught 88 giant tuna beating out his second best year in 2011 when he caught 52 giant tuna.