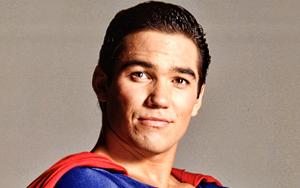 Dean Cain is known as an actor, presenter, film producer, film Director, voice actor, screenwriter and television producer. The jack of all trades is most famous for his role as Superman on the American Television series called Lois & Clark: The New Adventures of Superman.

Dean Cain was born on July 31, 1966 and his birth place is Mount Clemens, Michigan. His ancestors are Irish, French Canadian and Japanese. After his mother’s divorce from his father, he was adopted by his new father, who was a famous director. His step father’s name is Christopher Cain. He is the brother-in-law of Jeff Schafer.

Dean grew up in Malibu, California. He attended Santa Monica High School along with his sister. He used to be a very active and famous person even in his small community. He made himself popular at school by playing various sports. He later attended college at Princeton, where he received graduation degree in 1988.

After completing his graduation, he worked with various jobs before deciding on an acting career.

Dean started his career by staring on popular television shows called A Different World, Beverly Hills and Grapevine. He got his great break in the television series Lois & Clark: The New Adventures of Superman, where he appeared as Superman in 1993. He established and proved himself as a competitive actor. The show did well and got at least 15 million viewers while it was on the air.

He began an entertainment production company in 1998, where he produced the TBS superstation television series called Ripley’s Believe It or Not. He had roles in several movies such as Out of Time, The Broken Hearts, and Tim Curry.

He started dating actress Brooke Shields, while he was a student of Princeton. Later in his life, he was dating singer Mindy McCready. Their relationship could not survive for long and they got a separation in 1988.

He was previously engaged with a girlfriend and her name is Samantha Torres. He has a son with his girlfriend Torres and his name is Christopher Dean Cain. The son was born on June 11, 2000.

He is a proud member of the Zeta Psi Fraternity, which he joined while he was in college. He has homes in Malibu, Aspen, Ibiza and Colorado. He was a participant of Australia Week 2004 alongside Greg Norman. He also was the participant for the Radio Shack All-Star Celebrity softball game, which was organized on July, 13 2003 at US Cellular Field. He travelled Iraq along with Amanda Swisten and Kelly Hu in May 2005.

Dean has earned high degree of prosperity in his life and his net worth is estimated to be around 6 million dollars. His fans can connect with him on Twitter and Facebook where he posts frequent updates on his life. Many of his fans still remember him as Superman and they always list him as one of the best actors to portray the super hero. Even though he is too old to play Superman now, he will always be remembered fondly.

FAQ: How old is Dean Cain?