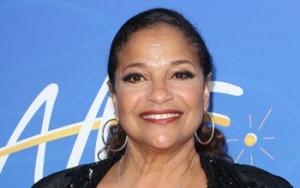 Deborrah Kaye “Debbie” Allen, known as Debbie Allen is an American actress, dancer/ choreographer, TV producer, director as well as the founder of Debbie Allen Dance Academy. She is also a very active member in the President's Committee on the Arts and Humanities and has been a dance and acting teacher too. She is best known for playing the role of Lydia Grant, a dance teacher in the musical TV drama Fame (1982).

Having choreographed many acts and series, she has also trained many actors and actresses of these days. Born in a family of performers, she began her career in Broadway as a dancer. She came to light from the early 1980s, especially after playing as Anita in a musical drama West Side Story on Broadway. As she earned a Drama Desk Award along with a nomination for Tony Award, her second act in “Sweet Charity” got her another nomination. Her first TV role was in Good Times, where she played as Diana, a druggist woman and the fiancé of the main character.

Debbie Allen was born on the 16th of January, 1950 in Houston, Texas, United States of America. She was born into a family of performers, as the youngest of three children to father Andrew Arthur Allen Jr. and mother Vivian Allen. Her father was a dentist and her mother was a dance teacher, and it was she who inspired young Debby into dancing. After graduating from a local high school, she got into Howard University and studied history, theatre and Greek literature. She has always been performing from a young age, as a dancer as well as an actress and so she chose to study the same at University of North Carolina School of the Arts. Upon graduating, she didn’t find anything to support her living; so she began to teach dance to younger girls in her small apartment in L.A. It was only a couple of years later that she started to get acting and dancing roles, frequently.

Known for her role in the movie Fame, she became more famous after playing in its TV form, which ran from 1982 to 1987. Her role as a young, aspiring teacher won her four nominations for the Emmy Award for Best Actress, although she failed to win a single of it. In 1981, she was also casted in Ragtime, a movie which was based on the best-selling novel of the same name. She has won 2 Emmy Awards and a Golden Globe Award as well, for her acting as well as choreography roles. Apart from those, she has also had a brief musical career, and has released two albums: Sweet Charity (1986) and Special Look (1989). A founder of the Debbie Allen Dance Academy, the academy offers a variety of courses for young, aspiring dance enthusiasts.

Regarding her personal life, Debbie has been married a couple of times, and got divorced once. She was initially married to Win Wilford in 1975 but divorced in 1983. Then, her second married took place in 1984, with former NBA player Norm Nixon and they have got 2 children together.

FAQ: How old is Debbie Allen?