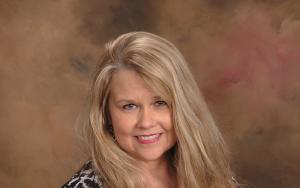 Debbie Higgins is known for being the ex-wife of American television personality and celebrity, Dr. Phil.

Debbie Higgins is from Kansas City. She was known to be cute, vivacious and a homecoming queen who had a million-dollar smile while she was attending Mission North High School

Debbie is the first wife of the famous Dr. Phil. They got married in the year 1970 at the Southridge Presbyterian Church of Roeland Park. Her ex-husband is known for being a TV psychologist who had his profile raised by Oprah. Oprah gave him her stamp of approval which shot up his notoriety because of her millions of fans that follow her advice.

Dr. Phil's daytime show is known to be among the most successful shows on the television market. The show features Dr. Phil as he provides therapy and advice to quarreling siblings or boyfriends who have a roaming eye which angers their girlfriends.

When Dr. Phil was a newcomer to Mission North High school, some kids made fun of him because his accent sounded like a hick. He sounded like a dumb farmer boy but Debbie still fell in love with him because he seemed to have a nice big heart. Debbie Higgins said that it was Phil's father who wanted to keep his eye on Dr. Phil while doing an internship in the psychology field. His father was very strict and did not want his son to fall to lower standards. He knew what his son was capable of and did not want him to forget about how much potential he had.

Debbie Higgins got married to Dr. Phil when they were both 20 years old. Even if Dr. Phil was known to be nice as a boyfriend, he changed after getting married and wanted her to exercise so that she could continue to look nice. He was not very nice when it came to her physical image. He was insecure and did not want people to see him with an unattractive woman.

FAQ: What is Debbie Higgins networth in 2020?