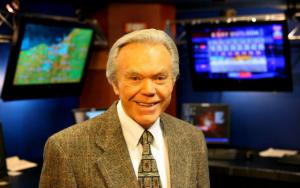 Dick Goddard is known as a former American meteorologist, animal activist. and author. He is most famous for his work at the Fox Station in Cleveland, Ohio.

Richard D. Goddard was born on February 24, 1931, in Akron, Ohio. In 1947, the Goddard family moved to a small farm in Green, Ohio. Goddard graduated from Green High School in 1949. He then joined the United States Air Force and took classes on meteorology during a stint from 1949 through the early 1950s. He has also worked as a meteorologist for the US Atomic Energy Commission in the Pacific where he completed a notable assignment of forecasting for atmospheric nuclear weapons tests.

In 1996, Goddard's lover, Julie Ann Cashel passed away. She was described as the "love of my life" by Goddard. In 2004, Goddard divorced from his second wife, Amber Williams whom he married in December 1977. Amber was charged with domestic violence prior to their divorce.

In September 2016, Goddard was hospitalized after falling at home and fracturing his hip. Goddard has a daughter from his first marriage, Kim Goddard, who filled in for the Woollybear Festival in October 2016 due to Goddard's inability to participate while recovering from injuries.

In 1960, soon after graduation from Kent State University, Goddard joined Westinghouse Broadcasting-owned KYW-TV in Cleveland as a weather forecaster. On May 1, 1961, Goddard made his debut as a weatherman on KYW Channel 3. During this period Goddard worked beside sports anchor Jim Graner. In June 1965 Goddard moved to WRCV-TV in Philadelphia but he returned to Cleveland a few months later. The following year, Goddard became the chief meteorologist at WJW-TV.

Upon his return to Cleveland, he also took a job with the NFL's Cleveland Browns as the official statistician of the team. WJW carried Browns games until 1970 and later the games moved to WKYC. Goddard held the position from 1966 until 2011.

Goddard hosted WJW's version of "Bowling for Dollars", a syndicated franchised game show, from August 1977 to January 1979. He was also featured in numerous skits on WJW's Big Chunk.

FAQ: How old is Dick Goddard?