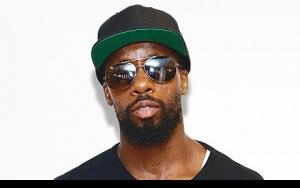 American actor and comedian, Eddie Griffin (speculated net worth - 3 million US dollars) has built his whole career as a funny man.

He is best known for his role in the movie "Scary Movie 3", and in sitcom "Malcom and Eddie" and Comedy Central's comedy special "You Can Tell 'EM I Said It", and also for his stand-up acts such as "Voodoo Child"," Dysfunktional Family" and "One Night Stand".

One of the Comedy Central's 100 Greatest Stand-Ups of All Time, he is also a successful writer, producer and comedy contributor.

Born on July 15, 1968, in Kansas City, Missouri, US, Eddie Griffin was brought up by his single mother Doris Thomas, who was a telephone operator.

Growing up, he derived confidence and courage from his straight-forward mother. He never joined the hood. A smart and humorous kid, Eddie was also aware about racism and other social and political issues happening around him. He would later use such experiences in his comedy act.

Eddie started doing his on-stage comic stints in his teen age. However, his first love was not comedy but dancing. Believe it or not, his official site bio states that he had already opened his dance studio by the age of 16.

Teen Eddie dancing career was progressing and he was choreographing the Kansas City Chiefs half time shows until his friend challenged him. However, he was not someone who would run away from a challenge; the challenge which was going to change his life. But, he was unknown of this notion.

So, he accepts the challenge from his friend. The challenge was to perform at the local comedy club Standford and Sons for three minutes.  He outperforms the challenge performing for 45 minutes. He then realizes his life's mission. After some day of the realization, he heads to Los Angeles to be a standup comedian.

Now fast forwarding to 2015, the great aspect about his career that he has done them all successfully, weather that be tv, film or stand-up.

Less people know that he once joined Kansas State University as a biological engineering major.

Anyway, he is not a tall man with the height of 5 feet and 7 inches. As of 2015, the American national of black ethnicity is 47 years of age. Nevertheless, his distinct looks include small goatee and moustache.

Now moving on to his relationship status, his current relationship is a mystery. However, he has been married three times in the past and has 9 children in altogether.

In a recent interview, he disclosed that he was 16 years old when he was married for the first time. When the interviewer asked him "Why would you get married at 16?", he said being a funny comic" the pussy was good,… and my momma said boy got his first piece and lost his damn mind". He also disclosed that he was a virgin and his first wife as well, when they got married. Although their relationship couldn't sustain, they remained married for 13 years.

More wiki on his professional and personal life can be accessed via his Wikipedia biography, and one can also consult his biography on his official site www.eddiegriffin.com.

FAQ: How old is Eddie Griffin?

FAQ: What is Eddie Griffin networth in 2020?