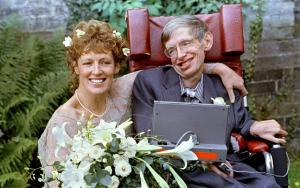 Elaine Mason is a British nurse and second wife of Steven Hawking. Stephen Hawking was an English theoretical physicist, and author whose book, A Brief History of Time, appeared on the British Sunday Times best-seller list for two hundred thirty seven weeks. Stephen Hawking had a rare early-onset slow-progressing form of ALS, or Lou Gehrig’s disease, that gradually paralyzed him. Elaine Mason took the job as Steven Hawkings’s caregiver in the 1980’s. Concurrently, her husband, David Mason, was working to help Hawking on a speech synthesizer. Elaine Mason and Stephen Hawking were both married to different people when they met. Mason left a fifteen year marriage and two sons to pursue a life with Stephen who also left his first wife, Jane, after a twenty six year marriage.

The couple was married on September 15, 1995. Stephen Hawking and Elaine Mason had an eleven year marriage that Stephen described as both passionate and tempestuous. In 2004, police were called to investigate claims of domestic abuse by Mason towards Hawking; an investigation ensued, but the charges went unsubstantiated and were dropped. Stephen Hawking’s life, including his marriage to Jane and to Elaine, was documented in the 2014 film The Theory of Everything, which included an Oscar winning performance by actor Eddie Redmayne.