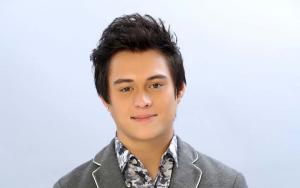 Enrique Gil, an actor, a musician, a dancer and a singer at the professional level, came to life on March 30th, 1992 and is currently 24 years of age. He is known to have been born in Cebu City, Philippines and is a Filipino by nationality. He was born to his parents Enrique Amadio III, who used to work in the airline industry at the professional level, and to his mother Barbara who also used to work in Airline industry.

Gil did his high school from Montessori De Manila and later on shifted to Manresa School. He started developing an interest in acting and modeling while he was at high school. He enrolled in a program related to modeling while he was studying at high school and he, later on, appeared on and acted in many commercial TV advertisements. He also appeared in many stage and drama shows and was much appreciated for his acting skills. He, later on, joined the college San Beda College Alabang for his graduation in IT as specialization but because of his increased interest in acting he dropped out of his college and never completed his graduation. Gil is known to have many relationships in the past but whether he got married to any of his girlfriends in the past and made her his wife is still not known.

He was first said to be dating Coleen Garcia in the year 2010. Both of them used to share a strong compatibility and looked good on and off screen as a couple. They however dated for only 1 year and separated in the year 2011. Gil, later on, was rumored to be dating Bangs Garcia in the year 2014 but the confirmation of the news of them being in a relationship could not happen as they both kept on refusing about their relationship in public. Gil is presently known to be in a relation with his present girlfriend Liza Soberano since the year 2015 and the couple is sharing a strong bond together.

According to his biography, Gil started his professional career acting in advertisement films and many drama shows. He, however, started his TV career with a show named ‘I Love Betty La Fea’ which was telecasted in the year 2008 and Gil had a very short role in the TV show. He, later on, did some other TV shows but he rose to much fame with the role in the show ‘George and Cecil’ in the year 2009. Gil earned much appreciation for his role in the show and his acting was noticed by most critics and the audiences in the show. He, later on, got many offers to act in many movies and TV shows and he acted in over 15 TV shows and in over 10 movies and won much appreciation throughout his career for his roles in the movies and TV shows. He also sang many songs and came out with his own album with the name ‘King of the Gil’ in the year 2013.

Gil because of his performances in the movies and TV shows has won many awards and recognitions at the national and international level and has been nominated for many other awards as well.