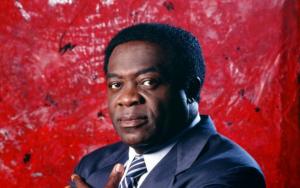 Fred Kotto is a retired San Jose Police Department sergeant, a television writer, and a former football player. He is best known as the eldest son of Yaphet Kotto, an American actor. He also competed in the U.S. Olympic boxing trials in 2000. He was a running back for the No. 1 ranked University of Washington Huskies at the time. He is one of the creators of the television show "The Rookie."

Fred Kotto was born in the United States in the year 1968. He is the older son of Yaphet Kotto, a well-known American actor, and his first wife, Rita Ingrid Dittman. In the year 1976, his parents split. Then, in 1989, his father married Toni Pettyjohn for the second time, and they divorced. In 1998, he married his third wife, Tessie Sinahon of the Philippines, for the third time. Yaphet Kotto, his father, died in the Philippines on March 15, 2021, at 81. Natascha Kotto is his older sister, and Robert Kotto is his younger brother. Sarada Kotto, Mirabai Kotto, and Salina Kotto are his three half-sisters. His grandfather, Njoki Manga Bell, was a Cameroonian merchant who came to the United States in the 1920s and was named Abraham Kotto. His grandmother, Gladys Marie, was an American nurse and United States Army officer of Panamanian and West Indian origin.

He went to the University of Washington and the William H. Taft School of Law for his schooling. He was an Olympic contender in the 400-meter sprint and a football player for the NCAA Champion Huskies. However, a motorbike accident injured his left knee just months before the 1998 U.S. Olympic Trials.

Before joining the police force in 1996, Fred Kotto worked in finance in New York and Los Angeles for several years. In 1996, Fred started working for the San Jose Police Department. He spent six years undercover during his more than 17year police career, three of which were spent deep undercover with no communication with the police department. METRO Special Ops spent three of those years executing high-priority manhunts and covert operations. Sergeant Kotto also operated undercover with the DEA and FBI against several significant criminal organizations. He's a decorated member of the Crisis Intervention Team, and he's been involved in both hostage negotiations and high-risk hostage rescues.

While serving in the police force, Kotto began writing scripts. His first feature spec, AT Rist, was picked up by Lawrence Gordon Productions, followed by another spec pilot sale to FTVS for an hour cable drama, Sting Ops. Detective Sergeant Kotto retired as the Supervising Sergeant of the San Jose Police Department's Internal Affairs Unit in April 2014 and went full-time writing scripts. He is a co-producer and one of the writers for the TV show "The Rookie."

Fred Kotto is a husband and father. In March 2013, he married Stanka Vuckovic, although there is no information about their children. Fred Kotto's professional career as a scriptwriter may have paid him well. His employment with the San Jose Police Department has also brought him significant success. However, there is no information on his earnings or net worth.

On the other hand, his father, Yaphet Kotto, had a net worth of $5 million.