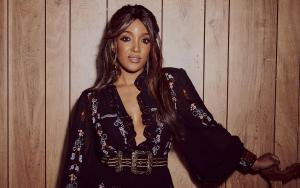 Mickey Guyton is a country music singer from the United States.

Capitol published her debut single, "Better Than You Left Me," in 2015. The song peaked at number 34 on the US Country Airplay chart, earning her an Academy of Country Music Award nomination. Her second self-titled EP was published the same year. Guyton's tune "Black Like Me," which she released in 2020, is about her experiences as a Black woman, specifically a Black woman in country music. Following the George Floyd protests and the Black Lives Matter movement, it was released. The song boosted Guyton's career, which earned her her first Grammy nomination, making her the first Black woman to be nominated in the Best Country Solo Performance category.

Guyton was the second of four children born to Phyllis Ann Roddy and Michael Eugene Guyton in Arlington, Texas, on June 17, 1983. Due to her father's career as an engineer, her family traveled around the state during her childhood. She began her education in a local public school, but she was transferred to a private school due to racial discrimination from other families in the area. Despite this, Guyton continued to face racism, claiming in a 2020 interview with NPR that her best friends' parents would frequently use racial insults to refer to her.

Guyton began singing as a toddler and became interested in music at the age of five. She sang in church choirs frequently, most notably at Arlington's Mount Olive Baptist Church. After seeing LeAnn Rimes perform "The Star-Spangled Banner" at the commencement of a Texas Rangers game, she pursued a singing career. After graduating from high school, she relocated to Los Angeles, California, to pursue a career in country music while attending Santa Monica College. She studied business and supported herself by working a variety of low-wage jobs. Work as a background vocalist was included in several assignments, including a singing role in Nick Cannon's film Underclassman. She has also performed on demo tapes and auditioned for American Idol. Guyton's American Idol audition was cut immediately before the top 24 live shows, and she only appeared on television for a few seconds during her final singing performance in the audition rounds.

Guyton met record producer Julian Raymond after relocating to Los Angeles. He introduced her to country music industry professionals Gary Borman and Steve Moir after being impressed by her singing voice. Both men aided in the development of country music artists, including Faith Hill and Keith Urban. Following her first encounters with Borman and Moir, she relocated to Nashville, Tennessee, in 2011. Guyton was quickly accepted into the city's country music songwriting scene. Guyton had the opportunity to audition for Mike Dungan, chairman of UMG Nashville, the same year. She was signed to UMG's Capitol Records Nashville division after singing a song by Patty Loveless. She became the only black female musician signed to a major label in the genre due to her signing. After signing with the label, one of her first public appearances was an all-star performance at the White House with Kris Kristofferson, Lyle Lovett, Darius Rucker, and James Taylor.

Jennifer Hanson contributed to Guyton's debut single "Better Than You Left Me" as a co-writer.

Industry pros advised Guyton as she developed her talent that if she ventured beyond traditional country music bounds, she would fail: "Make sure your songs sound authentic country. Otherwise, fans could believe you're lying. Make sure your tracks don't sound too R&B "She told CNN about it. A country radio DJ requested her to write songs about "fluffy" and "happy" subjects. Guyton developed sleeplessness and a drinking problem as a result of the stress and worry of these events. Due to these tensions and the challenges of developing an identity at Capitol Records, her music releases were postponed for several years. Guyton's debut extended play (EP), an acoustic album named Unbreakable, was published in 2014 by Capitol Nashville. Following its release, the EP reached number 14 on Billboard's Top Heatseekers list.

Guyton's debut song, "Better Than You Left Me," was released by Capitol in 2015. Jennifer Hanson, Jen Schott, and Nathan Chapman co-wrote the song with Guyton, co-produced it with Dann Huff. In its first week of release, the song received 79 adverts to radio playlists, which had never been done before. The song's early success on the charts was noted by The Guardian, particularly in light of Guyton's status as a Black woman in a genre dominated by white men. The song had climbed to number 34 on the Billboard Country Airplay chart by July 2015. On Canada's Billboard country chart, it earned a similar peak position. The song's limited chart success, according to Guyton, was due to radio programmers noting that "they didn't want two slow songs by ladies on the air at the same time." Guyton's second self-titled EP was published on Capitol in May 2015, and it included minor success. By August, the EP had climbed to number 17 on the Billboard Heatseekers chart. Queens of Country gave the album a four-star rating, praising Guyton's voice and the project's variety of musical styles. In the summer of 2015, Guyton joined Brad Paisley's Crushin' It World Tour.

Grant Savoy, a lawyer, and Guyton started dating in 2010. The pair announced their engagement in November 2016. The pair married in Kauai, Hawaii, in June 2017 in front of 23 friends and family members. Guyton revealed her pregnancy with the couple's first child in August 2020. She gave birth to a baby in January 2021, whom the couple named Grayson.

FAQ: What is Mickey Guyton networth in 2020?