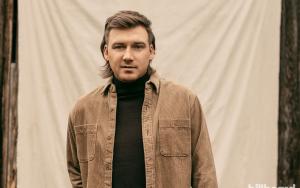 Morgan Cole Wallen is a country music singer and songwriter from the United States. He was born in Tennessee and competed in the sixth season of The Voice, first with Usher's team and then with Adam Levine's team. He joined Panacea Records after being ousted from the playoffs that season, and his debut EP, Stand Alone, was released in 2015.

Morgan Wallen was born in Sneedville, Tennessee, on May 13, 1993, to Tommy and Lesli Wallen. Wallen attended piano and violin lessons as a child. He wanted to play baseball in college, but he decided to pursue music instead due to an elbow injury.

Morgan Wallen and Katie Smith were formally engaged. They did, however, break up, despite having a son together, Indigo Wilder.

In 2014, Wallen competed on The Voice Season 6, initially with Usher's team and Adam Levine's team. He was knocked out of the playoffs.

The album's singles include "Up Down" (with Florida Georgia Line), "Whiskey Glasses," and "Chasin' You." If I Know Me debuted at No. 1 on Billboard's Top Country Albums list.

Dangerous: The Double Album, Wallen's second album, was released in January 2021, and in February 2021, it became the first country album in the 64-year history of the Billboard 200 to spend seven weeks at No. 1.

Wallen began working with Sergio Sanchez of Atom Smash while in California for his debut on The Voice. Sanchez brought Wallen to Panacea Records' Bill Ray and Paul Trust. In 2015, Wallen signed with Panacea Records.

In 2016, Wallen signed with Big Loud Records and released his debut single, "The Way I Talk."

If I Know Me debuted at No. 1 on the Billboard Top Country Albums chart in August 2020, after spending an unprecedented 114 weeks at the top.

On May 27, 2020, the lead single from Wallen's planned second studio album, "More Than My Hometown," was released to country radio. On August 14, Wallen's song "7 Summers" set a new record for the most first-day streams for a country song on Apple Music. It debuted at number six on the Billboard Hot 100 list and became his first top ten hits.

Wallen was arrested in May 2020 for public intoxication outside Kid Rock's bar in downtown Nashville. Wallen apologized for his actions on social media.

Wallen got fire on social media during the COVID-19 pandemic after TikTok recordings of him partying at a pub in Tuscaloosa, Alabama, following the Alabama vs. Texas A&M football game surfaced. The game was played a week before his projected debut on Saturday Night Live. Wallen was seen in the recordings wearing no mask, breaking social distance rules, performing at a house party, and kissing ladies. On October 7, Wallen reported that his participation in Saturday Night Live had been postponed due to violating the show's COVID-19 protocols. On the December 5 program, Wallen appeared as a musical guest. He made an appearance in a sketch mocking the situation.

On February 2, 2021, TMZ aired a video of Wallen using the word "ni***" with pals entering his Nashville house, which was recorded on January 31.

Wallen then apologized for using the racist slur in his statement.

As a result of the event, Wallen's music was temporarily removed from playback on SiriusXM Satellite Radio, iHeartRadio, Entercom (now Audacy, Inc.), Cumulus, and Townsquare stations. Wallen's music and promotional photos were also taken down from Apple Music, Pandora, and Spotify playlists. However, one week later, Spotify re-added Wallen's music to its playlists.

Wallen's appearances on CMT and the Country Music Association were deleted from their platforms, and his record company Big Loud (and partner Republic Records) suspended his recording contract indefinitely. The Academy of Country Music declared on February 3, 2021, that Wallen and his most recent record, Dangerous: The Double Album, would be ineligible for the 56th Annual Academy of Country Music Awards. Wallen released a video apology on February 10, 2021, in which he requested his fans not to defend him. On the same day, Jason Isbell, the original singer of "Cover Me Up," announced that all proceeds from Wallen's cover would be donated to the NAACP. Wallen's music remained popular despite the uproar and outrage, with album sales increasing following the incident. On Good Morning America on July 23, 2021, Wallen publicly apologized for his remarks, saying that "[he] was with some of [his] buddies, and [they] say dumb stuff together," and that "he was wrong" to say those things when his single "Sand in My Boots" was published in August 2021, Wallen's music back to country radio.

FAQ: What is Morgan Wallen networth in 2020?