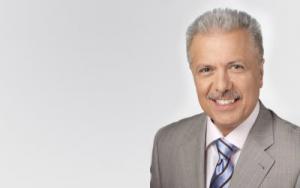 George Donikian is known as an Armenian Australian radio and television newscaster. He is most famous for his broadcasting work at SBS and the Nine Network.

George Donikian was married to Athena Donikian in 1979. Their marriage lasted for eight years until they got divorced in 1987. It would take eighteen years for Geroge to get married again. In 2005, he got married to Di Gillett.

George Donikian is an esteemed and highly respected television presenter and journalist with more than 20 years of experience in the media industry. He has been serving both the television and radio industry for decades. Currently, he serves as the host for Adelaide’s Channel Ten News.

George made his debut in the media industry by teaming up with 4AM Radio station, where he worked as an announcer during the middle of 1970s. Later on, George turned towards the southern direction and teamed up with 2WL at Wollongong. He moved to Sydney in Australia, where he got an opportunity to work at the newly formed commercial station, 2WS. George served as a newsreader, sports presenter, announcer and as well as a reporter.

George started his television career during the year 1980 when Bruce Gyngell discovered him. Bruce felt George was the perfect presenter for hosting the IMBC Television Network that was broadcasting for the first time in Melbourne and Sydney during the year 1980. The network swiftly developed as the special broadcasting service, where George took the responsibility as the first news presenter to cover the crucial SBS World News for almost eight years.

When working at the SBS Network, George anchored plenty of interesting programs and wonderful events. He also hosted NSL Football and many other sports events. He left the SBS Network in the middle of 1988 and he became a part of the Nine Network. Donikian appeared on camera, presenting shows like Sports Sunday, Wide World of Sports, Graham Kennedy’s Coast to Coast, Morning News, and Today Show. George also freelanced as the bulletin news presenter for the morning show which scored an excellent rating at the 2DAY FM.

George Donikian was a guest presenter on Tonight Live on Seven. He hosted the inaugural program of Ethnic Business awards at SBS during the year 1989. He was also the voice of the Olympic Soccer Tournament that took place at MCG where the Sydney games were hosted in the year 2000. He presented the Rugby League series and the test series between England and Australia. He went to Rome for a role covering the World Cup Soccer Finals during the year 1990 in Italy.

George Donikian is a versatile personality with multi-lingual talents. His ability to speak various languages has helped him to shine better. He has served in various multicultural stations and also has excellent pronunciation skills, which has helped him to grow big and became successful in the news industry.

FAQ: How old is George Donikian?

FAQ: What is George Donikian networth in 2020?