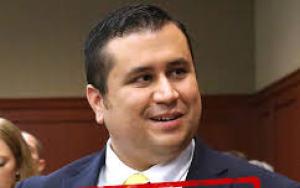 The Acquittal of George Zimmerman

George Zimmerman was under trial for the murder of Trayvon Martin on February 26, 2012, in Sanford, Florida. He was charged with second-degree murder and manslaughter. Zimmerman has been under the scanner since the murder, which has raised national criticism over civil rights issues like state gun laws, racial profiling, and the nature of self- defense. The prosecutors instead of highlighting the racial profiling focused on profiling the teenager in criminal light leading to a historical verdict that has caused quite a big uproar worldwide.

George Zimmerman, 28 is a Hispanic American of multiracial origin. He was the watch coordinator for a gated community in Sanford. Martin was temporarily residing in the community when the shooting took place. Trayvon Martin was a 17-year-old high school student of African American origin. At the time of the murder, he was walking home with skittles in his pocket and a fruit drink in hand, when he was confronted by Zimmerman.

The death of Tayvon Martin

On the night of February 26, Zimmerman was on a personal errand, when he spotted Martin inside the community fence. He was suspicious of Martin’s behavior and called the Sanford Police Department to report and before the police could arrive on the scene, he stepped down from his car, followed Martin and had a violent altercation with him. The confrontation resulted in Zimmerman shooting him dead with the gun he had in his possession.

The case under National Scrutiny

The circumstances surrounding Martin’s death, his unarmed state, and the decision to not raise charges against Zimmerman, brought the case under public scrutiny. The supposed racist nature of both the shooting and the police behavior with intensive media coverage led to public unrest and widespread demand for the arrest of Zimmerman. Florida State’s Stand Your Ground Law under which Zimmerman was not charged was also questioned. With the media and public agitations gaining momentum, Zimmerman turned himself in and was taken into custody.

The trial started on June 10, 2013 in Sanford. Zimmerman had pleaded for a Stand Your Ground hearing, but his defense decided to bypass it in March 2013 in favor of a trial before jury. The five week trial had over 50 witnesses testifying with every part that was nationally televised. The evidence submitted included Zimmerman’s statements, the autopsy report given on Trayvon, pictures of Zimmerman (the injuries he sustained during the altercation with Martin), and Trayvon’s body. The DNA and blood samples were also given. Even though this was a local killing, the President of the United States personally got involved and every effort was made to find evidence to convict Zimmerman.

The Zimmerman Verdict and Riots

After great deliberation, the jury gave a verdict of not guilty on Saturday, July 13, 2013, and acquitted George Zimmerman amidst protests by the public. If convicted, he would have got a maximum life sentence or 30 years in prison. The defense counsel played a pivotal role and turned the case in favor of Zimmerman by bringing in the state’s witnesses. Zimmerman’s testimony was brought in via many of the witnesses without putting him under the vigorous cross examination of the prosecutors.

The killing threw Florida’s self -defense laws in unholy light. According to the law, a person who fears bodily harm or fatal danger is allowed to use deadly force is spite of retreat being an option. A person who has committed such a crime is given the benefit of doubt. This has proved advantageous to Zimmerman, even as agitations go on about the unfairness of the verdict and the way laws which are meant to protect the public are turned against him. The not-guilty verdict is the result of a case that had many contentious issues bringing global attention and is certain to hold a place in the history of America. The Zimmerman not guilty verdict has refocused on America's "stand your ground" law.

FAQ: How old is George Zimmerman?

FAQ: What is George Zimmerman networth in 2020?