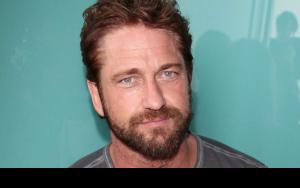 Gerard Butler is a Scottish actor and film producer who was born on November 13, 1969, in Paisley, Renfrewshire, Scotland. He is the youngest of three children born to Margaret and Edward Butler. Their family is largely of Irish descent on his mother's side and they followed the Catholic religion. Butler moved with his family to Montreal, Quebec, Canada when he was six months old. After his father and mother separated, his mother left Quebec and went back to Scotland with her baby, a now 18-month-old Gerald. Upon returning with his mother to Scotland, Butler attended St Mirin's & St Margaret's High School in Paisley where he was head boy.

When he graduated from high school, he won a scholarship to the University of Glasgow School of Law. During his teenage years, he spent some time acting in the Scottish Youth Theater. Butler would not see his father again until he was 16-years-old when his father Edward Butler finally came to visit. Butler said he cried for hours after the meeting with his father. "That emotion showed me how much pain can sit in this body of yours; pain and sorrow that you don’t know you have until it is unleashed," Butler said. He has become close with his father ever since the reunion and maintained a steady series of lead roles during his film career, his most recent being 2018's submarine thriller "Hunter Killer".

FAQ: How old is Gerard Butler?

FAQ: What is Gerard Butler networth in 2020?