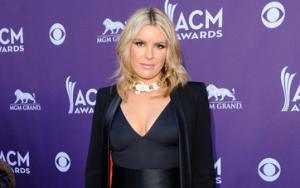 Sagan Potter Valentine was born on January 12, 2018, to Potter and her husband, record producer Eric Valentine. A Nocturnals bandmate Matt Burr married Potter on May 11, 2013. When Burr's divorce from his wife was confirmed, he decided to leave the Nocturnals behind him.

Potter has dedicated herself to the Alzheimer's Association throughout her career because her grandfather was diagnosed with the disease as a child. As a founder of the annual "Night at Sardi's" fundraiser event in Los Angeles, she is a regular participant in the event.

"Apologies," Potter's original song, was performed on an episode of One Tree Hill. To close out Disney's Tangled film, Potter re-recorded "Something That I Want" with new lyrics. Next, Potter appeared as Carol in Disney's Prep & Landing: Naughty vs Nice, for which she also wrote and recorded "Naughty, Naughty Children (Better Start Actin' Nice)." In 2012 and 2015, Potter appeared as a guest on ABC's The Chew.

Potter and Kenny Chesney have forged a successful working relationship, with their duets climbing the country music charts and receiving critical acclaim.

For "You and Tequila," Potter and Chesney received their first Grammy nomination for Best Country Duo/Group Performance. Their collaboration on Chesney's song "Wild Child" from his album The Big Revival received award nominations from the Academy of Country Music, CMT Music, and the Country Music Association. The two have performed together live numerous times. For the years 2011, 2013, 2015, and 2018, the Potter's Grand Point North Music Festival featured a performance by Chesney.

The Stealer's Wheel song "Stuck in the Middle with You" was covered by Potter for the Netflix series Grace and Frankie (2015–2020).

The song "Something That I Want" was featured in the end credits of the animated film Tangled (2010).

On August 14, 2015, Hollywood Records released Potter's second solo studio album, "Midnight." The Midnight album was recorded and mixed at Barefoot Studios in Hollywood by producer Eric Valentine, who worked with artists as diverse as the Queens of the Stone Age and Nickel Creek. With Matt Burr on drums and percussion, Potter and Valentine formed the core of the studio band. In addition to Fitz and the Tantrums' Noelle Scaggs, Rayland Baxter, Audra Mae, Wayne Coyne, and Nick Oliveri, all of Queens of the Stone Age's musicians joined Potter on stage to perform. Scott Tournet, Benny Yurco, and Michael Libramento, members of Potter's band The Nocturnals, were also performing. Miles Davis, Bob Dylan, David Bowie, Blondie, and Beck are just a few of Potter's artists as influences on Midnight's unique sound.

FAQ: How old is Grace Potter?