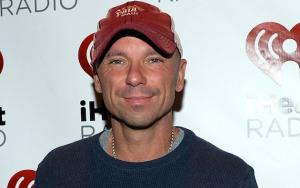 Born on March 26, 1968, to father David Chesney and mother Karen Chandler in Knoxville, Tennessee, United States of America, Kenneth Arnold Chesney spent most of his childhood days growing up with his younger sister Jennifer Chandler in Luttrell. He belongs to Irish and English descent. He did his schooling from the Gibbs High School and graduated in the year 1986 from there. While he was in school, he aspired to be an athlete but wasn’t able to pursue this career. He then went on to attend East Tennessee State University and graduated in the year 1990 with a degree in advertising. During his freshman year in the college, his mother gifted him a guitar for Christmas. This initiated his interest in music, and he began performing at various clubs and restaurants near his college.

He recorded an album by himself in the year 1989 and went on to sell 1000 copies of the album. After his graduation, he shifted to Nashville where he started playing at a bar named The Turf. He left performing at the bar after some time and joined Acuff-Rose in the year 1992 as a songwriter. This ultimately landed him a contract with Capricorn, a recording company. Capricorn helped Kenny release his first album In My Wildest Dreams in the year 1993.The label did very little promotion of the album, but the album went on to sell thousands of copies. After the album release, Capricorn disbanded its country division, leaving Chesney without a recording company. He then went on to sign a contract with BNA and released an album All I Need to Know in the year 1995. This album went on to deliver two Top 10 hits.

He then went on to release his second album with BNA in the year 1996 titled Me and You. In the year 1997, he won the Top New Male Vocalist Award fro the Academy of Country Music. This was his first major award and helped him gain a lot of popularity. In the same year, he released his third album with BNA titled I Will Stand. His most famous album until now released in the year 1999 titled Everywhere We Go. His singles from the album like You Had Me from Hello, How Forever Feels and What I Need to Do were a big hit. In the year 2000, he released a compilation album of his songs titled Greatest Hits which sold over 3 Million copies. In the year 2002, he released another album named No Shoes, No shirt, No Problems. His song The Good Stuff from the album went on to become the No. 1 Country song of the year. Chesney won the Billboard Touring Award and his tours often attracted millions of fans.

He married Renee Zellweger in the year 2005. His wife Renee is an actress and the couple met each other at a tsunami relief benefit in January the same year. In September, after four months of the marriage, they ended their relationship and filed for divorce. According to his biography, his net worth is around $42 million.

FAQ: How old is Kenny Chesney?

FAQ: What is Kenny Chesney networth in 2020?