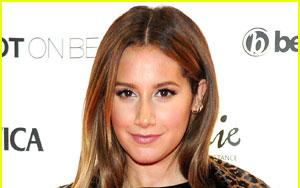 Famous American actress, producer and singer Ashley Tisdale, according to her biography, was born on 2 July 1985. She was born in Monmouth County, New Jersey. Ashley Tisdale's parents are Lisa Morris Tisdale, a homemaker and Michael Tisdale, a contractor. She was raised in the spirit of two religions - Christianity and Judaism since her father is Jewish and her mother is a Christian. Ashley Tisdale has an older sister Jennifer Tisdale, who is a producer, just like Ashley. Ashley is also a relative to the famous businessman Ron Poppel, through the side from her maternal grandfather Arnold Morris. Her maternal grandfather, Arnold, is very well known as being the pitchman for the Ginsu knife. Ashley always showed the interest and love for acting and scene, which all later paid out, since Ashley now has a net worth spanding over $20 million. She accumulated this net worth from various movies she starred in and television series.

Ashley Tisdale first attended a private elementary school in Monmouth County, New Jersey. After the elementary education, Ashley Tisdale attended a gymnasium, also in Monmouth County, New Jersey. Because of her love for acting, she was always a part of her school's drama classes. Her love for acting is a positive statement in her biography, and little did Ashley know that taking drama classes, playing roles at her school's theater and at Jewish Community Center of Monmouth County would pay off and gain her roles in various movies and an enormous net worth.

The career of Ashley Tisdale started when she was as young as three years old. At the age of three, Ashley was spotted at the New Jersey's Monmouth Mall by the certified talent agent and the talent agency owner Bill Perlman, who soon became Ashley's manager. Bill Perlman played an important part in the biography of Ashley Tisdale. He was sending Ashley to various auditions for many versatile commercials, and Ashley, because of her natural talent for acting and sweetness, starred in over 150 advertisements on national television channels. And that was only the beginning of her abundant career. After starring in television commercials, Ashley tried herself at the local theater. She appeared in plays such as Gypsy: A Musical and The Sound of Music at the Jewish Community Center in Monmouth County, New Jersey. Ashley's most famous role at the theater was playing the character of Cosette in the worldwide known musical Les Misérables. She toured for two years with that musical. Her big success includes singing at the White House for the American President Bill Clinton in 1997. Her parents decided to move with Ashley and her older sister to Los Angeles, seeing that she will become a successful actress. In Los Angeles, she starred as a minor role in movies, such as A Bug's Life and Donnie Darke, she also played minor parts in television shows The Hughleys, Smart Guy, 7th Heaven, Boston Public and many other television shows. Her most famous role in the television show The Suite Life of Zack & Cody was the role of Maddie Fitzpatrick. She was awarded Nickelodeon UK Kid's Choice Award for her role as Maddie. Her biggest success is playing the role of Sharpay Evans in High School Musical movie franchise. Her songs are available on the High School Musical soundtrack and were sold in over 5 million copies. This franchise and The Suite Life of Zack & Cody accumulated her a net worth of $20 million. She continues her career, appearing as a guest star or as a leading role in many television shows and movies.

Ashley Tisdale never married and she says she never plans to be married and have a wedding. The reason for this is her fear of divorce. She wouldn't like to break love with her husband by divorce. Ashley has a boyfriend currently, but they don't plan the wedding. Ashley states that if she wants a husband, she wants him for her whole life. Ashley is the best friend of actress Hilary Duff. She has a teacup poodle. Ashley is a StarPower Ambassador for the Starlight Children's Foundation.

FAQ: How old is Ashley Tisdale?

FAQ: What is Ashley Tisdale networth in 2020?