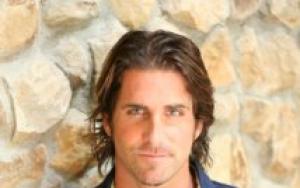 Grant Reynolds is known as an American actor. He is most famous for Mansfield Path, The Briefcase, and The Invisible Man.

Grant Reynolds was born on September 27, 1971, in Norfolk, Virginia. His early life involved a lot of turmoil at home, with his family life at times not being very stable. He has mentioned in interviews that the relationship with his mother has become stronger because of it because he felt protective of his family when times were rough and harsh.

Grant expressed a love of the entertainment industry and all the treasures it can create. When he was a small child, he always loved the creative aspects of the visual arts industry whether it be film, video, or static art pieces.

Grant Reynolds became more famous after his marriage with Jillian Barberie. They got married in 2006 and have two children together. He was the second husband of Jillian. In 2013, Jillian announced her separation from Grant. She said that she was regretting that it took six years to end the relationship. She said that the separation was a mutual decision and they both wanted to be dedicated to the children. They agreed to share the expenses of their children and shared custody of the kids.

Jillian has been a part of many rumors. She also said that she is regretting that the relationship with Grant is over. The popular radio host, Howard Stern once publically stated that he wanted to have sex with her. She replied that he would be too wild for her. She also had a lesbian experience with her co-anchor in Miami.

There were rumors that Grant’s career being stuck in a corner and Jillian’s career moving too fast created friction between the two of them. Some say that Grant was too egoistical to see Jillian become more successful than him causing Jillian to want to end the relationship.

Grant considers his work on The Invisible Man his most groundbreaking work, which led him to look at the art form in a different way. Grant said that the amount of work involved surprised him. Growing up and noticing the fantastic works brought to life always fascinated him, and made him want to become a part of that creation, but he never fully understood the amount of effort needed. A large amount of teamwork is always needed to start the work and definitely to finish it. He said he mentored several younger individuals that expressed a high degree of interest in the industry that he is in, and has said he is happily obligated to help them out with their dreams.

Grant feels people are products of their environment and he feels it can make you stronger overall if you are the type that can take hardship. He mentioned having friends and family that have gone through similar life issues but have not come out as nice. This has made him donate his time and finances to put towards funding for education programs for children that have come from broken homes. While his life hasn’t been as hard as many children out there, he feels he is in a comfortable enough state to help out, and to give back to a society that hasn’t always been friendly to him.

Help us Edit this article and get a chance to win a $50 Amazon Gift card.
Last Modified: Mar 17 2020
You may also like
articles you may like