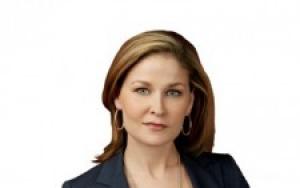 Hala Gorani is an American national born in March 1, 1970 in Seattle, Washington. She grew up in Paris, France and also resided in Algeria for a short period. Born to Syrian parents, her name Hala is Arabic word which means halo. She studied at the George Mason University located in Fairfax, Virginia. She received her Bachelor’s degree in economics there. She later did her political science studies at the Institut d’etudes politiques located in Paris. Gorani is fluent in Arabic, French and English and is based in Atlanta now, though she considers Paris as her real home. She is not married and says that maintaining a long standing relationship is difficult with her worldwide travelling.

Gorani was inspired by the 1894 movie ‘The Killing Fields’, which dealt with the story of a New York Times journalist in Cambodia’s civil war. Hala Gorani started her career as journalist in France working for La Voix du Nord, a French Daily and later worked for the news agency Agence France Presse.  She later started working for France 3 in the year 1994. She then moved on to London where she worked for a brief period at Bloomberg Television. She subsequently started her career at CNN in the year 1998. She was the anchor for the show CNN Today which is the European breakfast show of CNN International. She is also part of CNN’s international reporting team covering France.

Gorani also reports major breaking news working from the field in addition to her anchor work. She has reported from Syria during the protests and also covered Egypt, Jordan, and the Arab Spring. She has covered the Haiti earthquake in 2010 which got CNN the Golden Nymph Award, which is considered as a high honor in international journalism. She also anchored the show ‘Inside the Middle East’ for five years. She did many significant stories on issues like poverty ridden Bahrain, struggling artists of Iraq, the gay population in Middle East, etc. Her coverage of the gay life has been honored with a GLAAD nomination.

Gorani moderated a closing session of the World Economic Forum located in Davos Switzerland. Some of the high profile personalities who attended the forum included Nobel Peace Prize winner Elie Wiesel, Tony Blair, James Dimon, the chairman of JP Morgan Chase & Co. In 1996, Yann Moix, the popular French novelist has dedicated Jubiliations Vers Le Ciel, his first novel to Gorani. Gorani is widely known for her hard hitting coverage of breaking news and updates from the war torn countries around the world.

FAQ: How old is Hala Gorani?