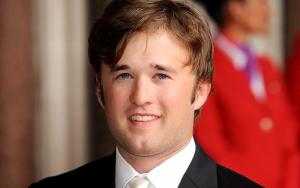 Haley Joel Osment is an actor from the United States. Osment rose to prominence as a child actor after a series of roles in television and film during the 1990s, including a minor role in Forrest Gump as the title character's son (also named Forrest Gump), and his performance as an unwilling young medium in M. Night Shyamalan's thriller film The Sixth Sense, which earned him an Academy Award nomination for Best Supporting Actor.

Haley Joel Osment was born on April 10, 1988, in Los Angeles, California, to Michael Eugene and Theresa Seifert. Both his parents are natives of Alabama, and he had a good old-fashioned Southern upbringing. His father was a theater and film actor, and his mother worked as a teacher. Osment has a younger sister, Emily, who became an actress, singer, and songwriter. As a child, he played football, basketball, and golf. At the age of 17, Osment seriously began playing golf. He played for the U.S. team in the All-Star Cup in 2005 and has participated in many golf tournaments.

Haley Osment began his career in acting at the young age of four. His mother had taken him to a new Ikea furniture store where a talent scout was looking for fresh faces. They signed him up, and producers later called him for an audition. He succeeded in getting a part in a Pizza Hut television commercial advertisement for the Big Foot Pizza. He starred in the sitcom Thunder Alley. In 1994, he got the role of Forrest Gump's son in the Oscar-winning feature film Forrest Gump and also had a small role in the movie Mixed Nuts. He got recurring and regular roles in numerous T.V. series such as The Jeff Foxworth Show and Murphy Brown in the following years.

Osment is best known for the role he played in the blockbuster film, The Sixth Sense, in which he co-starred with Bruce Willis. He was nominated for an Academy Award for Best Supporting Actor for his performance as the psychic child Cole Sear in the popular thriller. He won the Saturn Award for Best Performance by a Younger Actor for the same film. After his role in The Sixth Sense, he went on to act in numerous films, including Pay It Forward (2000), Edges of the Lord (2001), A.I.: Artificial Intelligence (2001), The Country Bears (2002), Secondhand Lions (2003), Sassy Pants (2012) and Tusk (2014). With his stage acting in John Logan's Tony award-winning drama Red, Osment won rave reviews at the Suzanne Roberts Theater.

Haley Osment was dating the actress Mae Whitman in 2002. Mae Whitman co-starred with him in Jungle Book. They broke up the same year, and Osment has not been in a high-profile relationship since.

In July 2006, Haley Osment was involved in an automobile accident and suffered injuries. He was booked in prison for driving under the influence of alcohol and drug possession. He was sentenced to three years probation, 60 hours in alcohol rehabilitation, an education program, and a $1500 fine. He also had to attend a minimum of 26 Alcoholics Anonymous meetings within six months.

In August 2014, news of Osment's death spread rapidly. His fans across the world were concerned. However, it was confirmed it was an internet hoax.

Osment has been playing golf since he was seven years old. He was a member of the United States team in the 2005 All-Star Cup, led by Mark O'Meara, and has competed in the Annual Michael Douglas & Friends Celebrity Golf Tournament.

In a car accident in 2006, Osment injured a rib and shattered his shoulder blade. Osment was sentenced to three years of probation, 60 hours of alcohol rehabilitation and education, a fine of $1,500, and attendance at Alcoholics Anonymous after pleading no contest to driving under the influence of alcohol and misdemeanor drug possession. Osment is a guitarist and pianist.

He presently resides in New York City and receives his bachelor's degree in 2011 from New York University's Tisch School of the Arts.

FAQ: What is Haley Joel Osment networth in 2020?