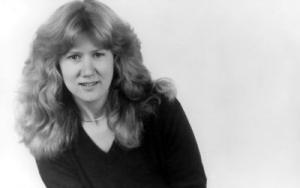 Holly Near is an American singer and songwriter who was born on June 6, 1949, in Ukiah, California. She began her career at the young age of eight when she first performed as a singer publicly. Near went on to audition for Columbia Records at just ten-years-old and as she grew older so did her list of accomplishments. She took every opportunity she could find and performed in everything from high school musicals to talent shows.

Near was even frequently invited by groups like the Soroptimist Club, Lions Club, and Garden Club to sing at their gatherings. After beginning high school in 1963, Near began singing with three boys who went by the name The Freedom Singers. The group sang folk music and gained their inspiration from the Kingston Trio. Near attended UCLA for only one year but during her time at the university she got the lead in the school's production of "Guys and Dolls" where she played Sarah Brown.

As she got older, Near began making a name for herself as an actress, teacher, and activist who helped LGBTQ communities. In 2014, she was diagnosed with breast cancer but it was detected early and the surgery to remove the cancer was a success. She currently lives in a one bedroom apartment in Sonoma County, California but frequently travels to New York City. She continues to campaign for causes such as diversity to this day.