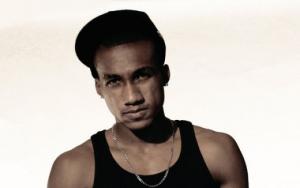 Hopsin was born on 18 July 1985 in Los Angeles, California, the United States of America. He is an able person - rapper, producer, director, and actor. The real name of Hopsin is Marcus Jamal Hopson. He was born in the Panorama City neighborhood in Los Angeles. Marcus Jamal Hopson has two brothers. Since his early age, he showed interest in rapping. When Marcus Jamal was attending high school, he started making beats using FL Studio and also bought himself a $8 microphone at Walmart. In between making music and rapping, Hopsin tried to realize how did the other rappers from around the world suceeded in their careers, so he started exploring biography books of various rappers. He showed particular interest in the music of Michael Jackson and rapper Eminem. His rapping style is often compared to Eminem's rap style. His popularity began after he released a few videos of himself rapping. Little did Marcus Jamal Hopson know that he will have a net worth of $1.5 million, accumulated from his talent for rapping. Hopsin gained an interest for skateboarding at the age of 12. Skateboarding was his first love. He also developed the love for rapping when he was 16 years of age. His rapping gains him an enormous salary over $50,000 per month.

Hopsin attended an elementary school in Los Angeles. After his elementary school education, he attended James Monroe High School in Los Angeles. At the high school, he attended special educational classes. He didn't go to college. But, despite not attending the college, Marcus Jamal Hopson earn about $50,000 of salary and has a net worth of $1.5 million. He is living evidence that anyone who possesses a talent/s should work on it/them and the success will knock on their door. Marcus Jamal Hopson dropped out from high school to pursue his career in music, while he was a senior year.

Hopsin started his career as hip hop artist in 2004. He dropped out of school, bought himself a microphone for $8 at Walmart and installed FruityLoops on his personal computer and started making beats and music. With his amateur equipment, Hopsin worked on his debut project „Emurge“ in the year of 2002. The next year he released „Emurge“ only on a local level in Los Angeles. After that, he had many minor and insignificant music projects. Something big came for Hopsin's career...he signed a contract with Ruthless Records! His first single „Pans in the Kitchen“ from his debut album „Gazing at the Moonlight“ saw release on 27 May 2008. Hopsin's debut album „Gazing at the Moonlight“, produced by Ruthless Records, was released on 27 October 2009. For his debut album, Hopsin got none to little promotion. Because of many issues seeing the release of his debut album, lack of salary, support, and promotion, Hopsin decides to break the deal with Ruthless Records. Marcus Jamal Hopson founded Funk Volume, an independent recording label of his own, together with colleague rappers Damien Ritter, SwizZz and others. The first artist that signed a contract with Funk Volume was rapper's Damien Ritter's younger brother. The foundation of Funk Volume was a great addition to Hopsin's bio. For the purpose of promoting the Funk Volume label, Hopsin and SwizZZ released a mixtape in June 2009 on which they both worked on - Haywire.

Hopsin's second studio album „Raw“ was released on 19 November 2010, with it's first single being „Nocturnal Rainbows“. The music video for the second single „Sag My Pants“ from „Raw“ was uploaded to YouTube. In „Sag My Pants“, Hopsin makes fun of and disses other famous rappers, such as Lupe Fiasco, Soulja Boy, Drake and Tomica Wright, the owner of Hopsin's former label Ruthless Records, which almost made a fiasco of his career's bio. Hopsin continued his work to this day. In March 2016 he left his own label Funk Volume and founded again a new label - Undercover Prodigy, under which he released single „Ill Mind of Hopsin 8“, which is a diss song about his former friend Damien Ritter. As an actor, he starred only as a supporting role, in movies such as: Fame (2009) as Senior Rapper, Bomb The World (2010) as Face.

Marcus Jamal Hopson never married or underwent divorce. He said in one interview that he is still at his young age and that he is still young to be married. He also fears divorce, because just a few people can stand his complex character. He doesn't have any children, but he is the uncle of his brothers' children. Hopsin was arrested several times by the police and had problems with the law. He is against alcohol and drug abuse among musicians and among people.

Hopsin is active on Twitter, Instagram, Facebook and many other social media. He posts regurarly on every of his social media profiles. A documentary about his bio and independent label Independent Living: The Funk Volume Documentary was released in 2013. He played himself in that documentary.

FAQ: How old is Hopsin ?