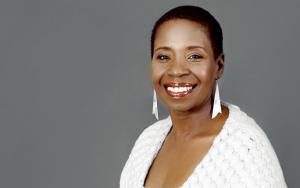 Iyanla Vanzant was born in 1953 in Brooklyn, N.Y in the backseat of a cab to an alcoholic mother. Iyanla was a child of a non-marital affair.

When Iyanla was very young, her mother discovered that she had breast cancer. When her mother died,  Iyanla was sent to stay along with her grandma. After being subjected to ruthless scolding from her grandma, she went to stay with her father and her stepmother. This left Iyanla and her older brother to be looked after by her father, who in turn, left his children with his relatives, including an uncle who raped her when she was only nine years old. She told many people but nobody believed her. Although Iyanla saw her father on a daily basis, he was emotionally unavailable. She had an affair with a neighbor and got pregnant, her baby girl, who was put in adoptive care, died unexpectedly at the age of 6 months.

At 16 years old, Vanzant gave birth to a baby boy, Damon, now 31 years old, whose father she knew from high school. The following year, she married another man whose name was Kirk, an Army man. The union lasted just 7 months that resulted in Gemmia, 29 now. Her next relationship was with a drug-abuse counselor, his name was Charles, but unfortunately the relationship was not healthy and she suffered from domestic violence. By that time, her daughter Nisa, now 27 years old, was born. Iyanla suffered from two marriages, three children and quite a few nervous breakdowns. At the age of 19 years old, she attempted suicide twice already, Iyanla and her three children got ready for their early morning escape into a strange future in which she would raise her three children alone.

At midnight, she left her rude husband, taking only the important things she can move, three children and a basket full of clothes. Being a single mother, she chose public support as a way of transportation. Iyanla was inspired by a mark on the bus to change her life by attendance Medgar Evers College in Brooklyn, New York. Three years later, she graduated with honors and arrived at New York Law School at Queens College. Her discussion skills caught the eyes and ears of the Public Defender's office who gave her a job without even an interview.

After she left her job as an attorney, she slept in a friend's basement on a sofa with her pregnant 16 year old daughter, like mother like daughter.

A friend called her to teach a class for women. Understanding their difficulties, Iyanla took her new job seriously, she even created a workbook for the class.

While working with a set of women on public help and making lectures about changing their lives, Vanzant wrote "Tapping the Power within: a Path to Empowerment for Black Women" in 1992 which covered basic spiritual values, self-affirmations, and particular rituals, and was used to motivate women on well-being. For Vanzant, this was the beginning of a new career. She began seeking spiritual growth, leaving her work as a public defender, without giving a sign to pursue progression and pleasure.

Iyanla has the passion, the vision, and the purpose. She has a very unique style in her teaching approach. Through her journeys all over the country, she spreads the idea of love and forgiveness through straight talks and humor as well.

“Iyanla: Fix My Life,” the most famous reality show on Oprah Winfrey Network is hosted and produced by Iyanla, she talks and emotionally tries to heal people from whatever they have gone through to help them reach inner peace.

Inner Visions Institute for Spiritual Development, is the place where you can witness a real experience and spiritual guidance, you can actually feel her dynamic presence.

FAQ: How old is Iyanla Vanzant?

FAQ: What is Iyanla Vanzant networth in 2020?