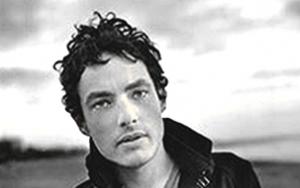 Jakob Dylan is known as an American singer and songwriter. He is most famous for being the son of Bob Dylan and a member of The Wallflowers.

Jakob Luke Dylan was born on December 9, 1969 in New York City, New York. His mother Sara Dylan, is a successful singer and songwriter. Both of his parents are Jewish. Jakob, the youngest of five siblings, spent the early years of his childhood in Greenwich Village, in Lower Manhattan.

At the age of three, Jakob, along with his family, moved to Los Angeles. In 1977, when he was of eight years of age, his parents divorced. Though he was mainly brought up by his mother, he also shared a good relationship with his father. He grew up listening to English rock records, and soon developed a huge interest for the English rock band ‘The Clash’.

During high school, Dylan played guitar in various bands. He was featured as a guitar player on a 1987 album called Trash Matinee. Dylan was also in a band called the Bootheels with future Wallflowers bandmate Tobi Miller. It was during this time that Dylan started writing songs and began shifting his focus from guitar playing to songwriting. Upon graduation from high school, Dylan decided to move to New York City to attend Parsons School of Design to study art. Dylan subsequently dropped out in his first semester and moved back to Los Angeles to pursue music.

Dylan married his girlfriend, Paige in 1992. Paige is an actress known for her roles in Sugar Town, Grace of My Heart and Say Good Night, Michael. They met each other in 1988 and started dating since then. They got married after four years of romance. Their first child, Levi, was born two years after they tied the knot. They had a second son, James in 1998 and a third son was born in 2000.

In 1989 Jakob Dylan, along with his childhood friend Tobi Miller, formed a rock band named ‘The Apples’. Later, the name was changed to ‘The Wallflowers’. The band soon signed with Virgin Records. In 1992, the band released their self-titled debut album. It received positive reviews but didn’t do well commercially. In 1995, three years after the release of their first album, their second album ‘Bringing Down the Horse’ was released. The album was a huge hit. It peaked at the fourth position on the US Billboard 200. It was also nominated for multiple Grammys.

Dylan and The Wallflowers launched into an extensive touring run for the next two years, their third album Breach not materializing until 2000. Between releases they recorded a version of David Bowie's "Heroes" for the soundtrack of the 1998 Godzilla re-make, later offering another cover song of The Beatles' I'm Looking Through You to the soundtrack of I Am Sam (2001). The band managed to raise its profile considerably on the next tour by serving as the opening act for prestigious acts such as The Who and Tom Petty and the Heartbreakers, as well as headlining throughout the U.S. and Japan. Red Letter Days, their fourth album offering, was released in 2002, venturing more into pop territory than the previous records.

His high school buddy and the band’s bassist, Greg Richling said that Jakob’s life revolved around the band and his family.

FAQ: How old is Jakob Dylan?