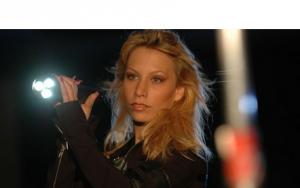 Until the age of ten, Lyssa was raised by her father, Duane Chapman. Duane had twelve children including Lyssa through various marriages. Lyssa was the daughter of Duane Chapman’s third wife, Lyssa Worthington Greene Brittain. When her parents' marriage fell apart, after the age of ten Lyssa moved in with her mother in a small Alaskan town. Six years later, she started working with her father at the family's bail bonds company, "Da Kine Bail Bonds."

A life in bounty hunting:

Lyssa Chapman survived a very tough, even horrifying childhood. Her father was a crack addict and her mother had an alcohol addiction. At the age of fourteen, Lyssa was pregnant for the first time as a result of what she eventually revealed as sexual abuse. The twenty-four year old father of Chapman’s daughter was arrested and went to prison for the crime of sexually abusing a minor since Lyssa she was only fifteen years old when she delivered her first daughter, Abbie; it was illegal in their state to have sexual relations with a minor under the age of sixteen. Surprisingly, Lyssa didn't press any charges against the father of her daughter, but expressed gratitude instead for having been given a daughter.

In 2006, Lyssa suffered a tragic loss when her sister Barbara was involved in a car accident and died from her injuries. Barbara’s death affected Lyssa greatly.

At the age of twenty-three, Lyssa was pregnant for the second time and was dating the father of her second daughter, Brahman "Bo" Galanti. Some reported suspicions about the identity of her second daughter's father, even surmising that she was pregnant as a result of a love affair that Lyssa was involved in for one year. However on February 2009, Lyssa and Galanti were married. They each had one daughter from previous relationships and together they had their daughter Madalynn. Lyssa’s marriage to Galanti seemed happy at first, but unfortunately for Lyssa her happiness did not last long.

FAQ: How old is Lyssa Chapman?

FAQ: What is Lyssa Chapman networth in 2020?