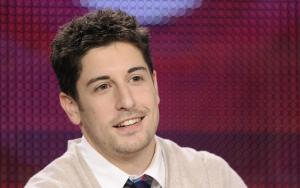 Jason Biggs is an American comedian actor and musician, born on 12 May 1978, in New Jersey. He started his career as an actor, at the age of five. He is famous for his role as Jim Levenstein in the American Pie series of teen comedy films. In 1991, he made his debut Fox Network. He also worked in Soap Opera, ‘As the world turns’ and for that, he was nominated for the best younger actor in Emmy Award.

His mother, Angela, a nurse by profession and father, Garry Louis Biggs is working as shipping company manager. He has two sisters, Heather and Chiara and they were raised as Roman Catholics. He met with his future wife Jenny Mollen, on a blind date. Jenny is also an actress and the New York Times bestselling author. She also wrote one short story named Kidnapping Caitlyn in which the three actors are Jason Biggs, Julie Benz and herself. In 2014, she wrote her Debut “I Like you just the way I am” which made her, the New York Times best author in its debut weeks.

At the time of dating Janson, she got pregnant. At that time, she was in dilemma about keeping the child. Then finally, she decided to marry Jason. Initially, her parents were against this, but after some time, they agreed for their marriage. In 2008, he got married with Jenny Mollen at City Hall in Los Angeles. However, before their marriage, she had miscarriage and lost the baby.

Although Jenny Mollen and his married life are going well, a few years ago, Mollen hired a prostitute for Jason. Then, she published an essay over it in which she wrote “it’s good to be little bit crazy sometimes”.

This incident happened in Vegas, on Jason Biggs’s birthday. She hired a hooker for her husband, just for the sake of fun. In Jason Bigg’s interview with Elle, he also accepted this, but said that he was committed. Jenny Mollen had few unsuccessful relationships before marriage with Jason. She had a lot of boyfriends, but she did not see herself settling down with any of them. Jason even acknowledged that he had an affair before marriage and lived with his girlfriend for four years (2004 to 2007). He also said that before their relationship with Jenny, he did not believe in being married and tied down. He said that on the contrary, he seems to enjoy this new chapter of life. He said that it is a great feeling to be married and to be responsible for another person.

This couple is blessed with baby boy named Sid on 15 February, 2014. They have posted a documentary movie and some photographs on Instagram. They have described about everything starting from July, when they expected a child and the time. They have also given details on how they shared their love bond during these 36 weeks of pregnancy. The couple cares a lot for each other. Unlike many couples in Hollywood, Jason and Jenny, trust each other a lot and are ready to spend the rest of their lives with each other

FAQ: How old is Jason Biggs?