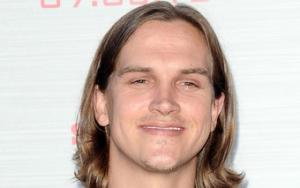 Jason Mewes was born on June 12, 1974 in Highlands, New Jersey and grew up in a working-class neighborhood. He never knew his father, and his mother was an ex-con and a drug addict. His mother died in 2000 after contracting HIV. He felt very difficult days in his childhood and struggled a bunch. His faith is Christianity and ethnicity is white. He is of Polish descent. He Graduated from Henry Hudson Regional, in Highlands, New Jersey in 1992.

Jason worked in construction before films. In 1994 from film Clerks as Jay, he did his screen acting debut and luckily, the movie brought him great success. With the help of this movie, he received huge popularity in the industry. He had a role in various movies such as Chasign Amy, which was set in 1997, Mallrats, released in 1995. Jay and Silent Bob Strike Back, Dogma and clerks II. Clerks: The Animated Series, in which he provided his voice. He had a role in the movie Bottoms Up and Scream 3, in which he performed with Kevin Smith. He can be looked in the Canadian television series named Degrassi, The Next Generation. He as well played in two episodes of a three-part story. He and Smith played in Degrassi at the premiere of Jay and Silent Bob go Canadian. He began Gray Lam, ground activist, it is a series of Nike commercials, which was directed by smith.

Besides an actor, he is a television personality, producer and internet radio show host. He is best known for Jay and Silent Bob. This is the reason that, he established himself as a renowned personality in the Hollywood industry. Mewes is the Creative Producer at SModCo Internet Radio (SIR), which launched in May 2011, as well as the Creative Producer at SModCo Internet TV (SIT), which launched in May 2012 and lives online as a YouTube channel. SModco produces Mewes’ weekly video blog called, Mewes Views, which was also the first SIT video to air.

Jason has won a couple awards, both he shared with Kevin Smith.  In 2001 they won the Coolest Character of the Year at the Golden Schmoes Awards for their movie Jay and Silent Bob Strike Back (2001). In 2007 they won Dirtiest Mouth Moment at MTV Movie Awards for the movie Clerks II (2006). And also Gemini Award for Best Ensemble Performance in a Comedy Program or Series.

Talking about his affairs and girlfriends. For the first time, he rumored with Nicole Richie. After that, he engaged with Rachel in 1992. Subsequently, Kimberly Stewart was his third girlfriend. Having the three years relationship with her, he separated and goes for next girlfriend named Katie Morgan, they started dating in 2008. Finally, he met with his life partner Jordan Monsanto in a civil ceremony and became husband and wife in 30 January 2009. His wife gave birth to their first child, a daughter named Logan Lee Mewes, on April 1, 2015 at Cedars-Sinai Medical Center in Los Angeles, California.

Let’s know about some interesting fact of him. His full name at birth is Jason Edward Mewes. He passed his 39 golden year and his age is 40. He has perfect height and it is about 6 feet and “½” inches, which is approximately 184 cm tall. Hazel eye color Mewes, star sign is Gemini. His hair color is Blonde. He never got chance to recognize his father, whereas his mother became an ex-com and drug addict. He attended Henry Hudson Regional High school, Highlands, NJ. His friends are Billie Joe Armstrong and Kevin Smith. His sexuality is disputed.

Although this exposure to drugs at first served to make him averse to them, he eventually began using them after graduating from high school.  He faced many ups and down in his lifetime. He made himself addicted to heroin and attended the rehab in 1997. In 1999, He was also picked up for heroin used and was worked over to a six month rehab program. He was arrested in Keansburg, New Jersey. He pleaded guilty to possession of a controlled dangerous substance (heroin). He was sentenced to 2 years probation, ordered to undergo substance abuse counseling, and submit to random urine testing. He was also fined $1000, had his drivers license suspended for 6 months, and was ordered to perform 200 hours of community service.

Besides this, he earned name, fame and prosperity, and his net worth is about $ 5 million dollars. His lovers can catch him at twitter and Facebook. He is quite active on the online social front and account son various platforms. He regularly post updates on his Twitter profile which has around 395000 followers. He can be followed on twitter.com/JayMewes. His biography available at wiki and bijog.com

FAQ: How old is Jason Mewes?