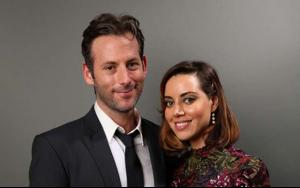 Jeff Baena is an American film editor, screenwriter, and director known for his screenplays Life After Beth, Joshy, and the Little Hours. Jeff Baena was born on June 29, 1977, in Miami, Florida. Baena grew up in South Florida but moved to New York to study film at New York University. He then moved to Los Angeles where he got a job as a production assistant for Robert Zemeckis. Robert Zemeckis is known for directing Romancing the Stone (1984), and the Back to the Future trilogy; he also won an Academy Award for Best Director in 1994 for Forrest Gump. After working with Zemeckis, Jeff began working as assistant editor for writer David O. Russell.

The two ended up collaborating on four scripts together including I Heart Huckabees, Baena also focused on his own writing and created Life After Beth in 2014.  Baena had begun working on Life After Beth in 2003 and the film ended up being his directorial debut. Life After Beth is zombie comedy and premiered at the 2014 Sundance Film Festival to mixed reviews. Baena’s next film was The Little Hours. Jeff Baena is in a long term relationship with comedian Aubrey Plaza who is known for her deadpan style and her portrayal of April Ludgate on Parks and Recreation.

FAQ: How old is Jeff Baena?