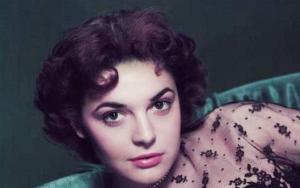 Anne Bancroft was an American actress, director, writer, and singer known for her adaptability and well appreciated for her acting abilities. Anne Bancroft was born Anna Maria Louisa Italiano on September 17, 1931, in The Bronx, New York. Anne’s parents were both children of Italian immigrants and Anne was raised Roman Catholic. She graduated from Christopher Columbus High School in 1948 and went on to attend HB Studio, the American Academy of Dramatic Arts, the Actor’s Studio, and the American Film Institute’s Directing Workshop for Women at the University of California, Los Angeles.

Although Anne Bancroft received multiple Tony Awards and an Academy Award for Best Actress for her performance in The Miracle Worker; she is probably most well known for her role of the unhappily married woman in the 1967 film The Graduate. Anne Bancroft is one of just a very few entertainers who have received an Academy Award, and Emmy, and a Tony Award. Anne Bancroft was married to Martin May, a lawyer, from 1953 until 1957. She met Mel Brooks in 1961 and the couple was married in 1964. They had a son, Maximillian Brooks, on May 22, 1972. Anne Bancroft and Mel Brooks remained married until her death, from uterine cancer, in June of 2005.

FAQ: How old is Anne Bancroft?

FAQ: What is Anne Bancroft networth in 2020?