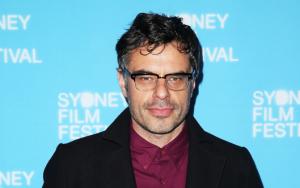 Born on January 10, 1974, in Masterton situated in New Zealand, Jemaine Clement spent most of his childhood days growing up in Wairarapa. He went on to attend the Makoura Colege situated in Masterton. After this, he went on to attend the Victoria University of Wellington situated in Wellington. After shifting to Wellington, he came in contact with Taika Waitti with whom he formed comedy troupes like The Humourbeasts and So You’re a Man. Their comedy troupe The Humourbeats gained a lot of popularity and began touring all over New Zealand. Their shows were widely appreciated which led them to win the prestigious Billy T Award.

They went on to appear in several shows and in the year 2007, the Conchords started working in the television show Flight of the Conchords. The show gained immense popularity and was appreciated by everyone. Jemaine was even nominated in the Emmy Award for Outstanding Lead Actor in a Comedy Series for his role in this series. After this series, Clement went on to do appear in several TV shows which include The Enid Blyton Adventure Series as MIS Guard in 1996, The Tribe as Virtual Reality Cowboy No. 2 in 2002, The Drinky Crow Show as Alien in 2008, Tim and Eric Awesome Show, Great Job! As Eric’s tennis double in 2009, Rasiradirah in 2010, The Simpsons as Ethan Ballantyne in 2010, Trip Tank in 2014 and Divorce in 2016.

Clement has given his voice for several movies and commercials which include working in DirecTV commercials and working in movies like Rio 2, Despicable Me and Napolean Dynamite. He is married to Miranda Manasiadis. His wife Miranda is also an actress and also works as a playwright. Clement and his wife are proud parents of a son named Sophocles Iraia Clement. According to his biography, his salary is pretty high with a net worth of $2 Million dollars.

FAQ: How old is Jemaine Clement?

FAQ: What is Jemaine Clement networth in 2020?