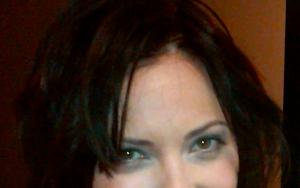 Jennifer Ann Kirkman is an American comedian, writer and actress. She is known for her work in Chelsea Lately, Funny or Die and Drunk History. In 2009, she married Neil Mahoney, Director and writer in Massachusetts. In 2011, she informed during an episode of Chelsea Lately that she is no longer married and in 2012, they got divorced.

In an interview, Jen said that she is the worst bride in the world and no one would want to marry her. She said that she is not very comfortable with the concept of living together and also considers childless life is to be happy and problem-free life. It is said that Jen was a person who always did things in the way it has to be done and later she wanted to do things as per her gut.

There are no details regarding the reasons for the divorce. Jen never talked about her husband in any of her interviews. She once said that she could not stand the concept of living together. She quoted an awkward reason and saod that if one of the them died, the other one has to wake up next to a dead body.

Neil, though a success in a media industry, does not share the media screen with his wife. He is very inert to the media is not seen talking about his marriage or the separation. Jen has made a lot of comments about her former love affairs, but, none about Neil. She has talked about a lot of relationships that ended because she was not ready to have a baby and start a family. One of her old flame, Thomas, wanted to move to Mexico with her and start a family. She said that she might have moved with him, but, not start a family. The same is the reason for separation with her other lover, Matt. She created a little whirl by asking Justin Bieber to be her boyfriend. There are no details as how Justin took the tweet and whether she became her girlfriend.

It is almost two years into the separation, neither of them have publicly been seen with a guy or a girl. Since they do not attend many ceremonies and functions together, it has become tough for the media to find out about her. As of today, she is happily divorced and is thriving in her career. There is no big advance in her love life and the life of Neil is pretty much unknown to the media. Their relationship with each other after the separation is also not known.

FAQ: How old is Jen Kirkman?