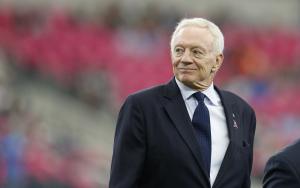 Born on October 13, 1942, in Los Angeles, California, Jerry was interested in the game of football right from his childhood. He grew up at Arkansas, and went to the North Little Rock High School and was a running back for the school’s football team. After high school, Jerry went to the University of Arkansas and in the year 1964, he was the vice-captain of the National Championship Football Team. Jones’s love for football, has provided him means to be nearer to the game at every point of his life. During his college career as a footballer he has been inducted in the hall of fame of many head coaches.

Jones is also highly qualified in academics, he did his graduation in the year 1965 and pursued a post-graduation degree in Business in the year 1970. Jones was hired in as an executive vice president for his father’s insurance company, Modern Security life of Spring Field. After completion of his Master’s degree, Jones was in search of a successful business venture. He began with Jones Oil and Land Lease, Arkansas, an oil and gas exploration business. The business turned out to be a successful venture.

Jerry purchased Dallas Cowboys from H.R. Bright on February 25, 1989. The deal cracked out at 140 million USD. After this Jerry went on to do a few changes in the team, one of the major being replacement of longtime coach Tom Landry with Jimmy Johnson, an old teammate of Jerry from Arkansas. For this he received a lot of criticism from the fans of the popular coach Landry. The early year of Dallas Cowboys saw sky rocketing payment which gradually receded after the implementation of a hard Salary cap by NFL, in the year 1994. Jones had also been fined by the NFL on two occasions, one, a fine of of $25000 for open criticism to referee Ed Hochuli and other of $100,000 for the violation of a gag order.

Jerry has also been a popular figure in the cinema business, where he has appeared sometimes as himself and sometimes his life has been taken as inspiration for various characters. A few TV Commercials include him both on their videos and photos.

The personal front of Jerry has been quite stable, His marriage to Eugenia “Gene” Jones has been a successful one till date. They have a well settled family comprising of three children Stephen, Charlotte and Jerry, Jr. The couple’s house at Dallas, built in the year 1931 comes on the No.11 spot in the list of Top 100 Expensive homes in Dallas. Jerry has also inducted his three children on much esteemed positions in the Cowboy’s, making it a family rum team/Business.

Jerry Jones is the favorite of lovers as well as haters in the field of football; he has been the recipient of various awards, few of them are Horatio Alger Award (2013), NFL Executive of the Year (2014), the Dallas Distinguished Texan Award from the NFF Gridiron Club (2010) etc.

FAQ: How old is Jerry Jones?