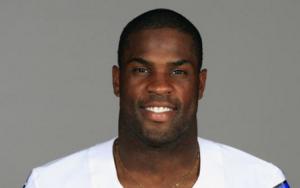 DeMarco Murray is a 27 years old professional American football player, who was born on the 12th of February, 1988. His home town is the city of sin – Las Vegas in the state of Nevada in the United States of America. He occupies the position of running back and he is currently playing for the team of the Philadelphia Eagles.

DeMarco went to Bishop Gorman High School in the city of Las Vegas. He showed great affection towards a variety of sports and he played football, baseball and he also used to run track. However, it was football that really got him going and he was even an All-conference pick for three years in a row. He managed to help his team in becoming 3-time Conference Champions. During his senior year he also managed to rush 1947 yards and scored 27 touchdowns. He also caught 22 passes for 624 yards which earned him All-state honors back in 2005. He also got the Sunset Region Offensive Player of the Year award.

Murray started his college career by redshirting the 2006 NCA season. He played his first game on the 1st of September, 2007 against the team of the University of North Texas. He managed to rush 87 yards and scored five touchdowns which made him the first player that pulled off four TDs in one half in his debut. He even managed to get into the record book of the Oklahoma football team for running 92 yards to score a touchdown.

DeMarco got drafter in the 2011 NFL Draft by the team of the Dallas Cowboys. He was the 71st overall pick in this draft and he got picked in the third round. He immediately signed a contract for four years which was worth approximate $3 million. He received a signing bonus of about $622,000 on the 29th of July, 2011. He started as a third string running back on his team. It was when his team was holding a record of 2-3 and were facing the team of Saint Louis Rams in week seven of the 2011 season when Murray got his breakthrough. He ran for 253 yards on 25 carries and managed to break the single game record of Emmitt Smith of 237 yards.

On the 12th of March, 2015 Murray signed a five year contract with the Philadelphia eagles worth $42 million. Unfortunately he suffered from a hamstring injury which caused him to miss week three of the 2015 season. It is undeniable that he’s got some impressive career stats. He’s got 5129 rushing yards to his name, 32 rushing touchdowns as well as 212 receptions. He also has 1498 receiving yards and two receiving touchdowns. He’s also got multiple awards such as the PFWA NFL Offensive Player of the Year in 2014, 2 Pro Bowl titles, NFL Rushing leader and so forth. All of this has gotten him a significant net worth of about $5 million.

On the 20th of June, 2013 his girlfriend gave birth to their beautiful daughter – Savanna. They got married only recently in 2015 – on the 19th of June.

FAQ: How old is DeMarco Murray?