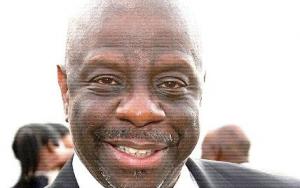 Jimmie Walker is known as an American comedian and actor. He is most famous for his role on the TV show, Good Times.

Jimmie Walker was born on June 25, 1947, in The Bronx, New York. He received his primary education from Theodore Roosevelt High School. He was a very hardworking person in his younger days. He eventually entered the field of radio at WRVR which was the radio station of Riverside Church. He then moved on to the music station called KAGB 103.9 FM, where he appeared as a weekend personality.

On June 27, 2012, Jimmie Walker stated on The Wendy Williams Show that he never wants to get married. There was a rumor that he had a fling with Ann Coulter.

Jimmie Walker started to appear as a standup comedian in 1969. Later, he appeared on the show, Good Times. He can also be seen in Match Game and The Tonight Show. He appeared in a variety of game shows throughout the 1990s. He had guest appearances on shows like The Love Boat, The Larry Sanders Show, Badge 373, Fantasy Island, Son of the Beach, and The John Larroquette Show. He appeared in movies like Pulp Fiction and Airplane.

In 1983, Walker began his short-lived television series called At Ease. He returned to radio shows in the 1990s, where he worked for shows broadcasted on stations like WOAI, WHIO, WLS, and KKAR. He had a role in the movie Big Money Result, which was set in 2010, where he appeared in a cameo. He was in a Syfy channel film called Super Shark in 2011.

He expressed his thoughts about politics in his autobiography called Good Times, Dyn-O-Mite, Our Times, Bad Times, where he proclaimed himself as a “logicist”. He gave his opinion on different social issues like being against gay marriage.

FAQ: How old is Jimmie Walker?

FAQ: What is Jimmie Walker networth in 2020?