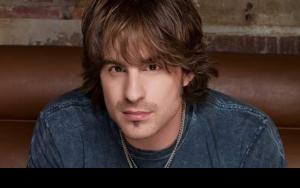 Jimmy Wayne is an American musician, singer as well as a songwriter. He is known for his classic country music style with little mash ups and has got his own unique style. Known for some hit record numbers like “I love you this much” and “Stay gone”, he has been in the Billboard chart for many times in his career. He started out as a song writer for Acuff-Rose Music, who later collaborated with musicians like Sanger D. Shafer and his team.  Jimmy began to mix his writing abilities with singing; by playing a guitar as well and has a great potential.

With his unquenched thirst for music, DreamWorks Records agreed to work with him and he signed a contract with them in Nashville. He started out solely; with his first major hit in 2 years’ time; “Stay Gone”, which according to him is written about his sister’s life. Ranging at the 3rd position of U.S. Billboard Hot Country Singles & Tracks, his image as a singer quickly grew bigger and better. His second song, "I Love You This Much" was also loved by his audiences, and it reached at 6th position of the chart, followed by other hit tracks too. He also won a William Booth Award, in a program hosted by Salvation Army for his song “Paper Angels”.

Jimmy Wayne Barber was born on the 23rd of October, 1972 in Kings Mountain, North Carolina, USA. Regarding his family life, it is a sad story as he and his sister; Patricia were born but raised as orphans. With their mother in jail, they were abandoned by their father and were mostly raised in foster home. When she got out in 1985, Wayne ran to live with her but was soon out in the streets with his sister before being hired by an old couple of Russell and Bea Costner, to work on their lawn. There, he also got a chance to go to school, where he learned to write and play guitar. After graduation, he volunteered as a guard at Gaston Correctional Facility, and began to write his own songs. With his continuity in study at a community college, he earned a criminal justice degree as well as got promoted corrections officer. He served in that position for 4 years, before finally moving to Nashville, working as a musician.

In 2005, he collaborated with Big Machine Records; and released his first album "That's All I'll Ever Need" along with his friends. Then he was signed by Valory Music Group, and in April of 2008, his first song for them "Do You Believe Me Now" was in the top 10 list of Country Charts. His second song "I Will" was the first which topped the Hot Country Songs chart, followed by "I'll Be That" at number 18. With his soulful performances and brilliant writing abilities, he has written a book named Walk to Beautiful: The Power of Love and a Homeless Kid Who Found the Way, jointly with Ken Abraham. Having toured around in different places across the USA, his fan following is massive and it can be seen on his Twitter account as well.

FAQ: How old is Jimmy Wayne?