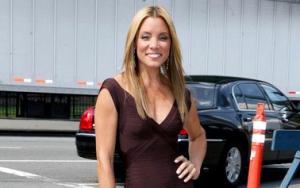 Michael Michele is an American model, TV icon and an actress of movies as well as TV shows, and she is best known for playing the role of Dr. Cleo Finch in ER, a medical drama. Likewise, she is also famous for playing in the film named Ali, and as Detective Rene Sheppard in the crime series Homicide: Life on the Street. Her career began as a model, winning some college pageants and participating in fashion shows. She was selected to do some music videos of artists like Eric Gable and Freddie Jackson. Having given some hot and dazzling performances in those videos, she caught eyes of many directors and producers. Although she didn’t want to do a lot of music videos, she still had a good time doing those. Her first professional role in acting came in 1991, when she appeared in a small role in New Jack City, a movie where she appeared as Selena.

Michael Michele Williams was born on the 30th of August, 1966 in Evansville, Indiana, U.S.A. Born into a middle class family; she was born as the eldest of two daughters born to an American father and an Afro- American mother. She has got mixed parental ethnicity from Europe and Africa; but is an American by nationality. Her name; Michael, came from her mother’s best friend Michael Ann who died prematurely. As a child, she studied at the Howard Roosa Elementary School in Indiana and was a very good basketball player. Then, she moved on and studied at Benjamin Bosse High School, where she continued her basketball career, along with small roles in drama. After graduation, she started to get into beauty shows and talent pageants, before becoming a professional actress.

From 1992 to 1996, she appeared in 3 TV shows: Central Park West, Dangerous Curves and New York Undercover. After playing in The 6th Man, she appeared in her most notable role till now; in Homicide: Life on the Street. A year later, she appeared in Law & Order (1999) as Detective Rene Sheppard. Some of other movies and TV shows that she has appeared in recent times are: Gossip Girl (2011), Delirium (2014), The Following (2015) etc. Having appeared in so many roles, there is no doubt that she has got a lot many fans and followers from around the world. With over 250 thousand followers on her Twitter, her estimated net worth value is around 500 thousand US dollars.

A beautiful and attractive woman physically, she is also believed to be a humble person. Standing over 5 feet and 9 inches tall; she has got a slim figure with long and sexy legs and has got a sexy, curvy body. Never too shy to show off, she has got a couple of hot pictures in bikinis that can be found on the internet. With her body measurements of 33B-26-38 inches, she has maintained her weight and physique with regular workout habits and healthy eating schedule. Regarding her personal life, she has been married already to her husband Jimmy Rodriguez, who is a Restaurant owner. Although tabloids say that the two of them have divorced already; they share a son together named Brandon Rodriquez, born 2005.

FAQ: How old is Michael Michelle?

FAQ: What is Michael Michelle networth in 2020?