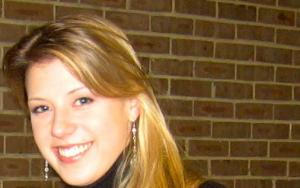 Jodie Sweetin is a television actress from America. She starred in the 193 episode long television series, Full House. She was born in Los Angeles. She has married and divorced, thrice. She is subjected to drug abuse. She has tried to recover from cocaine and drug addiction after Full House television series ended. She said, she stared using drugs out of boredom. Soon she was affected and its backlash was felt in other areas of her life. She lost her emotional and mental stability.

Many people start drug addiction thinking it will not affect them. Once they are in this trap, they go down the long unwinding spiral for a long time. It takes a lot of courage and determination to end this addition.

Nothing was sweet in Sweetin’s life. She married Shaun Holguin when she was 20. He was a police officer. She filed for a divorce in 2006. Her first husband was out of her life. She then started dating Cody Herpin in 2007. He was a film coordinator. They met through common friends. She married her boyfriend, Cody, in 2007, July. They were married in Las Vegas. They probably started having differences due to her drug addiction. She probably did not make a stable girlfriend or a wife. Doing drugs can mess any person up. She could not hold on to any stable relations. There seems to be a pattern in her dating. Her dating history and her affairs project her unstable nature. She always dated people from different backgrounds. It looked like she only wanted to experiment with lot of people giving it a veil of marriage. This union too did not last long.

She had one daughter born out of this wedlock. Zoie Laurelmae Herpin was the name of her daughter. She was born in April 2008. The couple were separated for a while. They were divorced in 2010.

Sweetin still did not get a grip over her life. With two broken marriages and a child, she still did not give up drug abuse. Her fragmented life still did not give her the gumption to fight inner battles for a better life. A few people are love stuck. They feel better when they are in love. This is also called love addiction. They are in love because they want to be in love. They fantasize the feeling of being in love, without knowing what kind of person gives them real joy. They hop from one relation to another without any forethought. Sweetin too, seems to have been bitten by this love bug.

Her next love interest was Morty Coyle. She did not marry him until she was expecting. Beatrix Carlin Sweetin-Coyle was the name of their daughter. She was born in August 2010. The couple was engaged after the birth of their daughter in 2011. They gave it sometime before getting married in March 2012. This matrimony too did not last. They were separated in 2013. Drug abuse cannot only spoil a single person’s life but also the lives of people intimately involved with the drug junkie.

FAQ: How old is Jodie Sweetin?

FAQ: What is Jodie Sweetin networth in 2020?